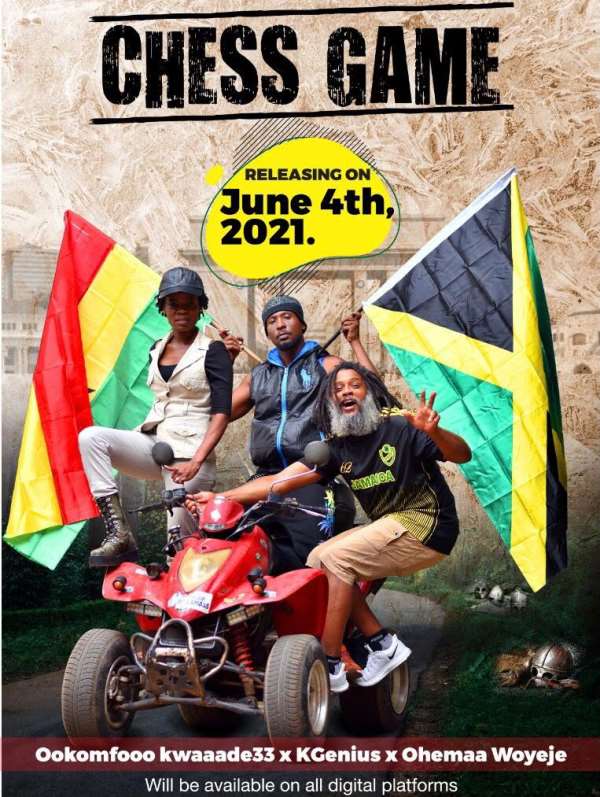 Hiplife legend Okomfour Kwadee is set to release two tracks on Friday, 4th June, 2021 which happens to be his birthday.

According to his management, the birthday bash will also give the opportunity to the media to interact with the musician.

In an interview with this reporter, the head of Kwadee’s Etua Te Dom Media Gang, Hammer Kofi Nti, who doubles as Chief Executive Officer of Hammer Productions and Host of Hammer Time on Kumasi’s Pure FM added that Kwadee who is working on an album will be releasing one song each month after his birthday.

Already, there is a poster of one of the songs set to be released in the media titled ‘Chese Game’ features KGenius and Ohemaa Woyeje mid-morning show host of Angel FM Accra.

The other song which is unknown to the public yet is also said to be a great tune and rhythm with high anticipation to be embraced by music fans.