Video: Man demolishes beautiful house he built for his girlfriend after she dumped him 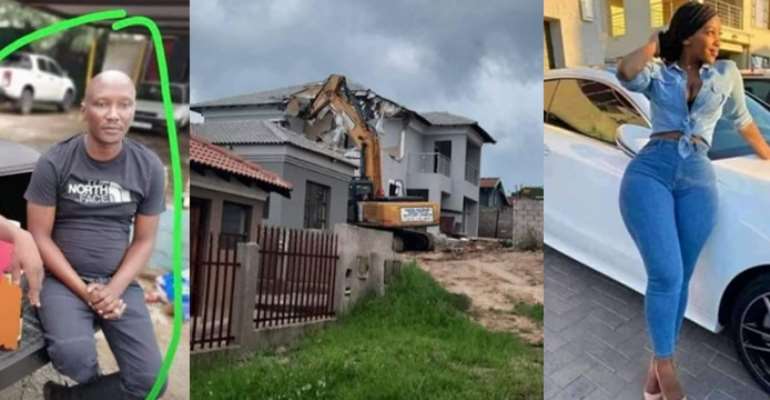 Don't we all wish we had the will-power and money to take back the gifts we gifted to people who hurt us in the end?

A South African man apparently built a house for his girlfriend in Nelspruit with the hopes that they would enjoy the home together in the near future, but things went sour and the woman decided to break up with him. After the break-up, the man hired an excavator to demolish the house.

Videos of the demolition trended on social media on Thursday, showing the beautiful house turning into rubble.

In one of the videos, a man could be heard explaining that when the plot was bought, it was bought in the woman's name but the money came from the man. The man also paid for the construction of the house and when the project was completed, the woman decided to break up with the man.

Watch the heartbreaking scenes below: