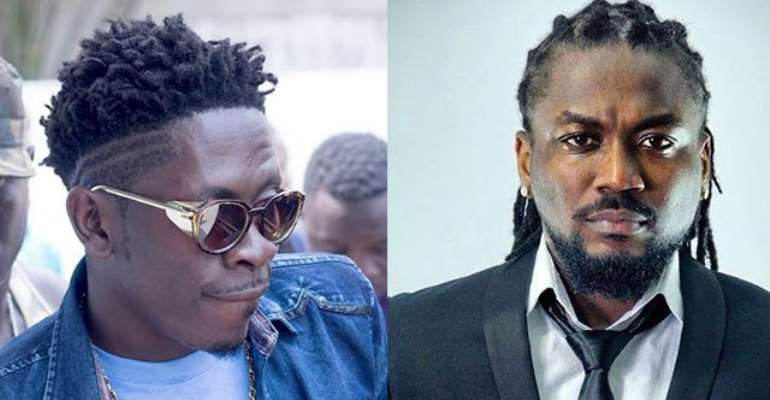 The two dancehall acts have been feuding on social media since yesterday after Shatta Wale threw a jab at Samini in a song he released titled 'Real'. In the song, Shatta said 'how can you be King without a palace and a pool'.

The High-Grade Family CEO, in a reply to his long time rival, shared a tweet to say that "The living fool measures the success of a man by the size of a swimming pool. Living proof of the fact that depths of minds differ".

Samini added that "beneficiary always feels wisest until the benefactor becomes woke. Remember I did it all by myself without a “Nam1” and no one is my Don".

However, Shatta Wale chastised him to rather hit the studio to reply to his diss with a track if he believes he is a real King.

Samini accordingly promised to finish Shatta Wale with a track that he intended to drop on Friday but he has released it today. He titles the dancehall track 'Shot Pointed' where he also fired shots at Shatta Wale.