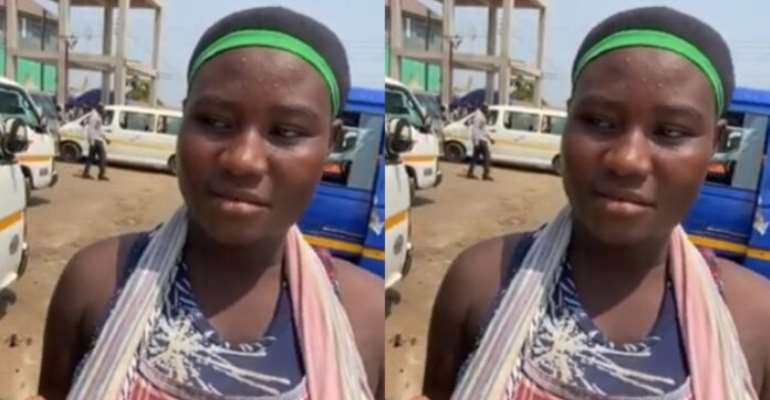 A 22-year-old seller of a local drink called 'Asaana' who identified herself as Vida said having a boyfriend at her current stage is the least of her worries.

She said her decision is as a result of the bad treatment her former boyfriend gave her.

In an exclusive interview with First Lady of BrownGH TV, the young and exuberant teenager said she ended up selling 'Asaana' on the street of Lapaz in Accra after she got pregnant and couldn't live her dream.

She continued that after giving birth, she got exposed to life and had to take the responsibility of a single mother by hawking 'Asaana' to survive with her baby.

When asked if she would love to enter another relationship despite her bitter experience , she responded negatively, saying choosing a boyfriend now is the last thing she will do.