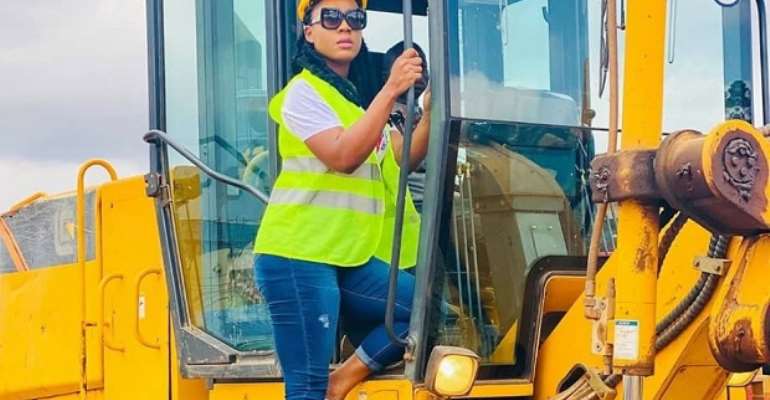 Actress Jessica Williams has declared her support for President Nana Akufo-Addo to win the 2020 presidential elections on December 7.

According to the 'Fix Us' actress, the President deserves one more term to do more for the country.

She made this known on Monday in a social media post, in which she praised the government for its 'Year of Roads' initiative.

“Indeed, this is a year of roads ……,” she said on Instagram while she shared a photo of herself clung to motor grader and added, “4M4N2DM #YearOfRoads.”

She has joined the list of Ghanaian celebrities who have openly endorsed President Akufo-Addo for the presidency.