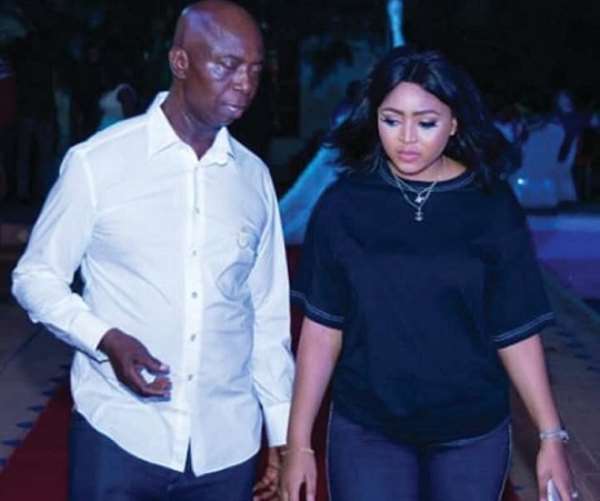 Actress Regina Daniels' billionaire husband, Prince Ned Nwoko, has denied rumours that he is going out with actress Chika Ike and plans to make her his seventh wife.

A statement from his media directorate described the reports as “fake news”.

“I have not spoken to Chika Ike in two years. I have not seen her. This is wicked. People should leave me and my family alone,” Ned Nwoko said.

The rumours began when a blogger appeared on a YouTube channel claiming that Regina's mother, Rita Daniels, had warned Chika Ike to stay away from her daughter's husband.

Investigations have, however, revealed that Regina's mother never attacked or raised concerns whatsoever about Chika Ike over Ned Nwoko and her daughter's marriage.

The YouTube channel had also claimed that Chika is pregnant for Ned Nwoko and they were expecting their first child together, a speculation found to be baseless.

In a swift reaction, Rita Daniels expressed disappointment with the video, describing it as criminal manipulation of a video in which she only sang an innocuous song of praise to God.

Chika Ike, who also got questioned by a fan and took to her Instagram page to call the stories as nonsensical, urged the public to disregard the rumours.

Meanwhile, Ned Nwoko is said to have vowed to use all legitimate means to bring the perpetrators of the fake video to justice as deterrence to others.