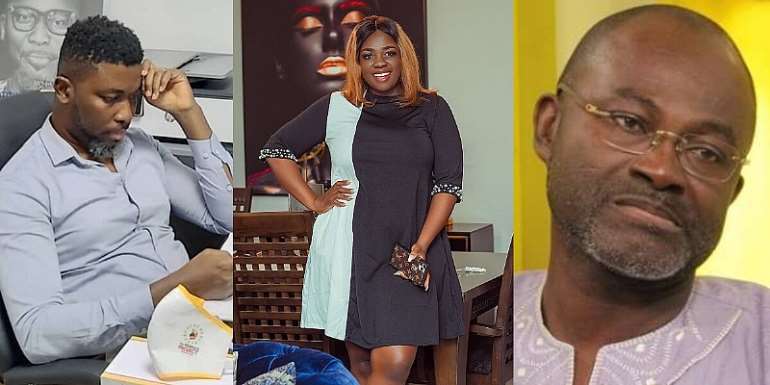 Kennedy Agyapong has finally waded into Tracey Boakye’s saga as is still trend on social media for the said wrong reason fellowing her rift with Mzbel.

Ken Agyapon on Net 2 Tv made some revelation in relation the new term ‘Papa No’ as it’s the hottest catchphrase in the country now.

However, the controversial politician, Kennedy Agyapong, on Monday,August 17, appeared on the Hot Seat on Net2 TV to talk about the banking crisis but started by wading into the ‘Papa No’ issue.

According to the MP, A-Plus refused to pay the actress after sleeping with her. He added that Tracey decided to blackmail A-Plus but it didn’t work due to the fact that, A-Plus told her (Tracey) that his wife was aware of their affair.

Though the exact name of the said sugar daddy is yet to be revealed, he is being described as ‘Papa No.’