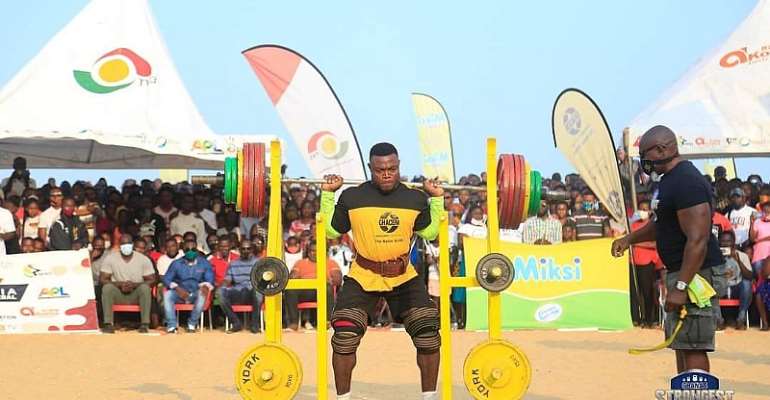 In fact, Vince Lombardi was right when he said winners never quit and quitters never win! As Winston Churchill rightly puts it, you can never give up on something that you cannot go a day without thinking about.

That is the story of Ahmed Boakye, who was last night crowned as the ninth edition winner of Ghana's Strongest reality show organized by Ghana’s leading television station, TV3 Network after participating in the competition for eight times.

The grand finale of this year’s edition of Ghana’s Strongest was held on Sunday 16th August 2020 at the Elli Beach Resort in Tegbi, in the Volta Region. With a total of 96 points, Ahmed Boakye outclassed his three competitors to become the winner.

Speaking after the completion, an elated Ahmed Boakye said “it has been a long road for me and this has been a tough game also. I have suffered a lot but now everybody is happy for me for this great achievement. I made it a point to train very hard coming into this year’s competition in order to grab the ultimate. I kept to my schedules and ensured I was disciplined and that has been a major contributor to this win today.”

Boakye started on a rather disappointing note, coming last in the very first event of the day – the Truck Pull. That got him only 16 points but his resilience showed in the remaining events as he amassed a total of fourscore points to emerge triumphant.

With his 17 repetitions in the 250-kilogramme squats, Ahmed Boakye opened a wide gap between him and the other three contenders. He maintained that throughout the competition which earned him the ultimate spot, winning the brand new Hyundai sedan vehicle plus a cash amount of GH¢5,000 and bragging rights.

Prosper Dakora, who was participating in the competition for the second time came second despite a knock during the Stone Toss event. Though he was stretchered off, he came back to complete the final event. He walked away with GH¢8,000 plus souvenirs from the sponsors.

Third came a consistent finalist – Mustapha Arhin – who walked away with GH¢6,000 and souvenirs from sponsors. Godfred Akolbila, who could not complete his events, came fourth, walking away with GH¢4,000. 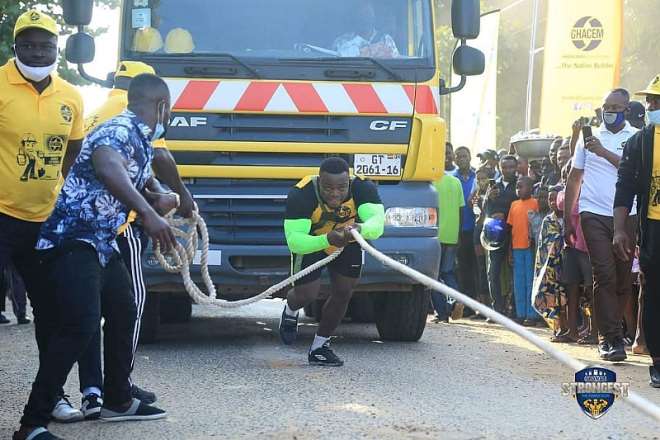 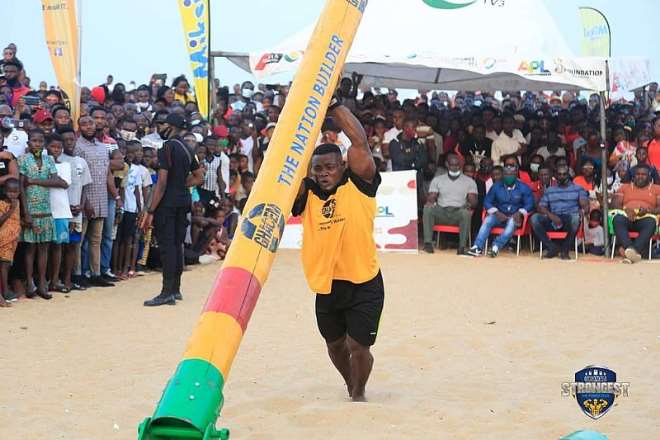 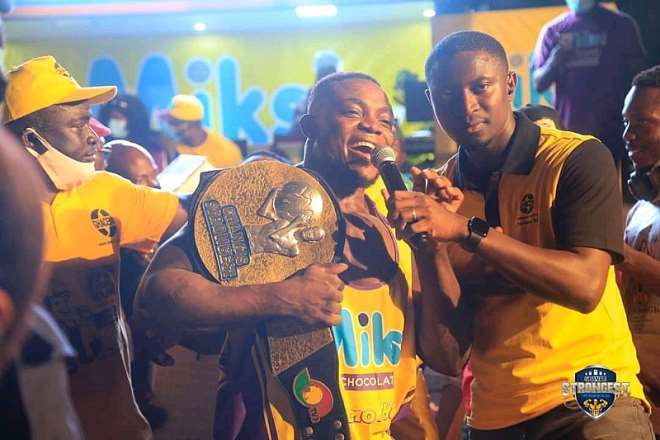 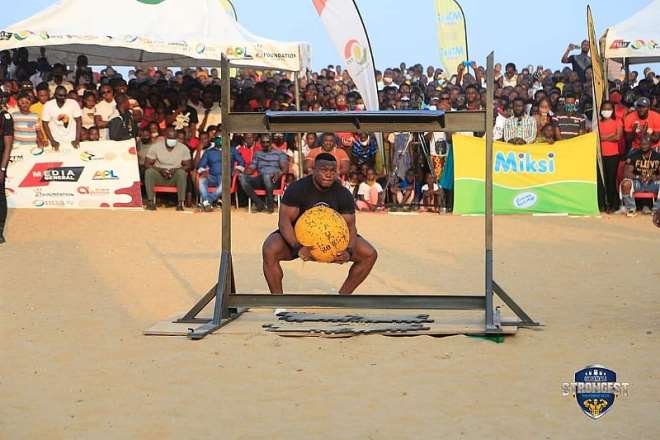 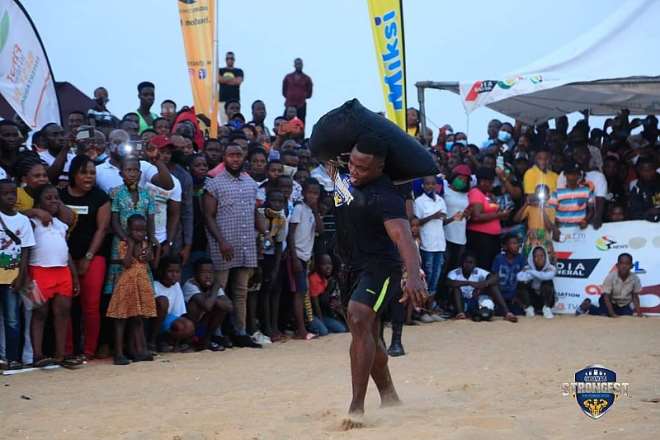 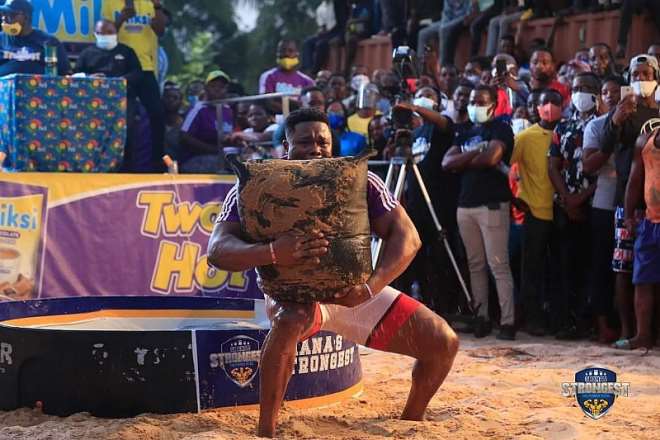