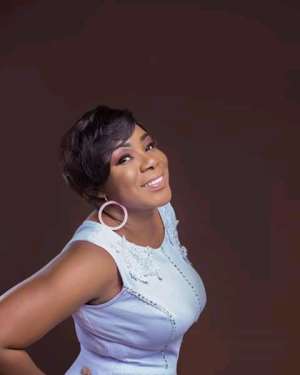 Gospel musician Doreen Okyere who has her latest trending single titled “Faithful God” has accused Ghanaian DJs of not playing her song as at the early stage of her musical carrier.

In an interview with Queen Dalynn on EcOne12 Tv, gospel songstress Doreen Okyere claims she always pays DJ's to promote her songs, but they only call her at midnight to inform her they are going to play songs.

Again, she made it clear that it’s a very difficult task to come up as a gospel musician despite the good content in your songs as compared to circular musicians. She explained by saying most female circular artists can take off their body just for the trends, but as a gospel musician, you can never do that.

Moreover, her faithful God single track took her about a year, just because she was just waiting for God’s direction, meanwhile, she has received a prophecy from a man on God about her faithful God album and she believes it will become one of the greatest Ghanaian gospel songs.

Currently, Faithful God is one of the gospel songs that are currently on rotation on all radio stations in Ghana. She confirmed by saying she hasn’t paid anything this time around to promote this particular album.

"I Appreciate Young Seidu Agongo, I Want To See Him Do Great...
35 minutes ago