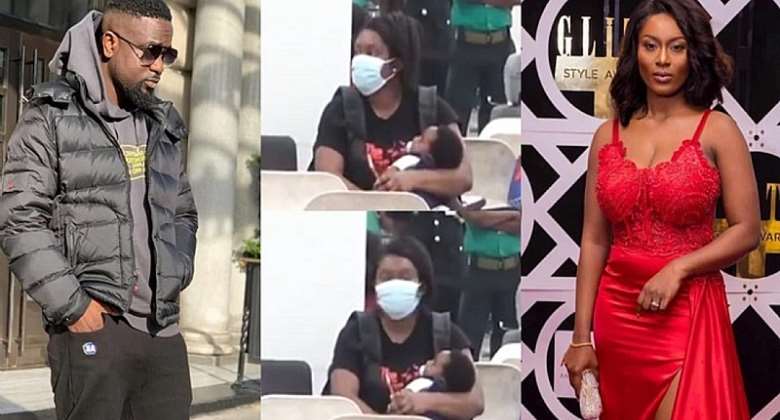 Radio and TV personality Valentina Nana Agyeiwaa affectionately known as Afia Schwarzenegger has asked legendary musician Sarkodie to explain to Ghanaians how he got his second baby and that he should let Ghanaians know whether he returned to Ghana with a stolen baby or not.

Speaking on Kingdom FM, Afia Schwarzenegger congratulated Sarkodie and his family for coming back to Ghana successfully with a baby but added that she will be glad if Sarkodie can let Ghanaians know whether the baby is a stolen one.

She stated that Sarkodie must either apologize to Ghanaian bloggers and journalists most especially Ameyaw Debrah who broke the news that his wife has given birth which he denied strongly.

Earlier this year news broke that the Hiplife musician Sarkodie and his wife Tracy has brought forth a new baby but he tweeted that it is not true.

Few months afterwards, it has emerged that Sarkodie is now back in Ghana but with a new baby which has caused a stir in the country as many Ghanaians feel disappointed in his inconsistency with some even trying to crucify him for not allowing his wife give birth in Ghana.

Latest Photo Reports
Catch up with all the political quotes from our politicians.
Advertise here
More from Industry News
ModernGhana Links
I've no issues with my ex-husband - Akua GMB
Ashantis are very tribalistic and not good people – Kwaisey Pee (Video)
'No more sex, drinking & smoking for me' — Medikal
TOP STORIES