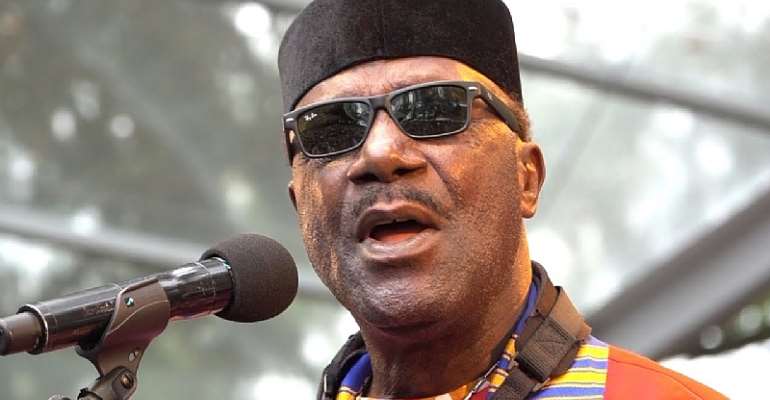 Legendary highlife musician Gyedu-Blay Ambulley has said Ghanaians have become educated fools due to their inability to solve minor problems that confront the country.

The afro-jazz musician made the comments in an interview with Prince Benjamin on the Class Drive (CD) on Class91.3FM on Thursday, 20 February 2020.

Ambolley said: “We say we’re educated and we cannot take care of small things, then where’s the education. So, it means that we’ve been educated and have become educated fools because we’re not using the kind of formal education that we were taught.”

“[Kwame Nkrumah University of] Science and Technology in Kumasi, since Kwame Nkrumah’s time up till now, no invention has come out of there, so, it means something is wrong and we have to look at it.

“If I talk about being educated and becoming educated fools, yes, because if you look at what happened in the parliament house today [boycotting the President’s State of the Nation Address], and things like that, it means that we have been intellectually castrated and that’s how we’re acting.

“Whatever that’s going on there [Parliament], it’s like we’re fighting each other but we’re from one country; a house that is divided can never build.”