My ‘Two Minutes Man’ Sex Has Given Me Twins – Funny Face 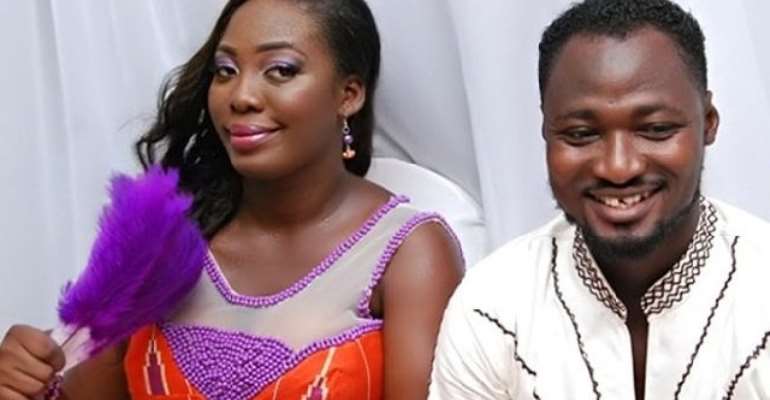 Funny Face with his ex-wife

Comedian Funny Face is still talking about allegations that he is a 'two-minutes man' years after many thought he may have even forgotten.

In a letter he authored to his ex-wife Elizabeth Nana Adjoa asking her to forgive him just as well as he has forgiven her, Funny said being a 'two minutes man' has now paved a way for him to have twins.

In 2016, Funny and Nana Adjoa ended their two-year marriage over reasons that were not really clear.

Later, Funny Face claimed infidelity on the part of the wife was the reason they broke up.

His claim, however, attracted a reaction from Adjoa, who allegedly said Funny Face was not good in bed.

Reports at the time quoted her for allegedly saying Funny Face could not last more than two minutes in bed.

However, there were subsequent claims that she had never made any such statement or granted interview to any media house.

After four years of their divorce, Funny Face is still talking about that relationship.

His letter which he shared on Instagram on Wednesday said he wants to make peace with his ex-wife instead of harbouring hatred.

According to him, since they broke up, he had “harboured so much hatred and anger” towards Adjoa, and she has “the least idea”. He has, however, given up on that. He is also a happy man now because he is now blessed with twins.

“..For some years now … I have harboured so much hatred and anger towards you .. you have da least idea ! While praying dis dawn .. I felt it deep in my spirit … dat I have to do dis publicly .. from today Nana .. I FORGIVE YOU .. everything you said about me during our fight .. everything I said abt u too .. pls FORGIVE ME .. let's live peacefully on dis earth for da world we see today is passing away soo quickly .. TODAY WE ARE HERE .. TOMORROW WE GONE. .. deep within you I know if I die today .. u won't be happy .. and vice verse,” he wrote.

“Recently when we were shooting Kasoa Trotro TV series .. you saw me and u smiled .. I know even though you won't show it .. you are Happy that things are moving on well with me now. .. and the 2 minutes “ issue “ turned to twins . GOD has blessed me in double fold NANA .. so from today I SET MY SELF FREE from any anger and rage .. that has kept me in bondage,” he added.

Defence Minister requests approval of €111million to purchas...
8 minutes ago