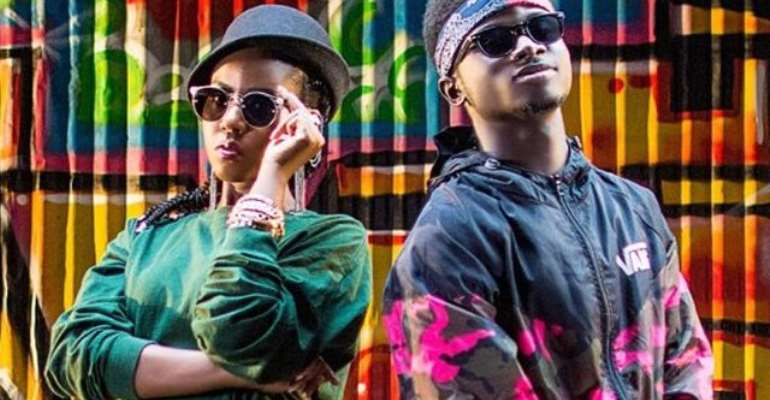 Lynx Entertainment signee, Kuami Eugene says he had no idea his former label mate, MzVee was suffering from depression.

In an interview with 3FM, the ‘Ohemaa’ hitmaker said he was not one to delve into MzVee’s personal life when they were working together.

“The only thing we do is meet at the studio, we record together, MzVee you’re fine, and I’m also fine, then that’s it. I don’t go really personal into her life to know that she’s under depression,” Kuami Eugene said.

According to him, it would have been difficult to know about her situation since they maintained more of a professional relationship that a personal one.

MzVee, on her comeback to the industry, recently opened up about battling depression in a number of interviews. She revealed that she shut down everything around her during her battle with depression.

The ‘Bend Down’ hitmaker took a year-long break from music to focus on healing herself.

MzVee admitted in an interview on Daybreak Hitz on Hitz FM, that her label mates and family may have not been privy to her situation mostly because she looked fine on the outside.

Although several news portals have reported MzVee’s story on depression, Kuami Eugene said he had no idea the ‘Sheriff’ singer had opened up to the public.

“I haven’t listened to any interview because I’m busy doing my interviews for ‘Turn up’, and so this is the first time I’m hearing this. I’m focusing on pushing my song out there.”

Anti-LGBTQI+bill not to engender hatred for persons, meant t...
44 minutes ago

JB’s two phones tendered in as evidence
44 minutes ago