Akon Plans To Host Major Concert In Ghana In March 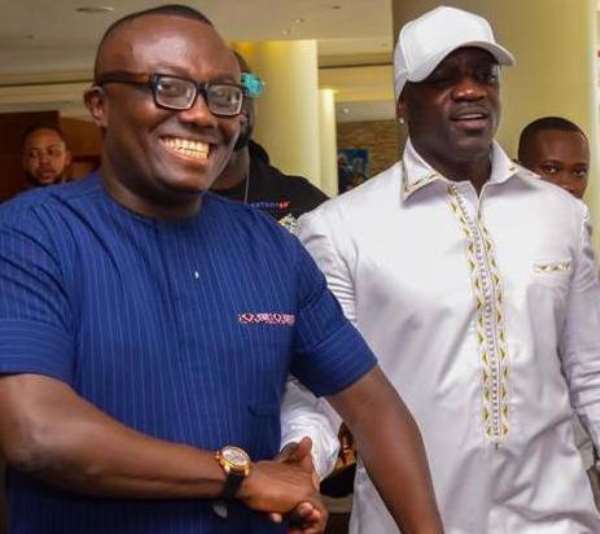 Aliaume Damala Badara Akon, known in the world music as Akon, has announced plans of hosting a major musical concert in Ghana in March this year.

The venue of the concert, date as well as Ghanaian and other international artistes to be featured would be announced soon.

The concert ‒ which is being organised to entertain fans of the Senegalese artiste in Ghana and Africa ‒ would be used to officially launch Akon's 'Akonda' album.

After the March concert, Akon would embark on a music tour to some selected African countries, which is aimed at projecting Africa and highlighting business opportunities in Africa to the rest of the world.

The rapper, who is promoting his 'Akonda' Afrobeat album, was in Ghana in December as part of the 'Year of Return', which has seen many African-Americans in Ghana.

Speaking at a press conference held at the Movenpick Hotel in Accra, Akon stated that he would continue to promote and spearhead developments across Africa and also invest in artistes from Africa.

He urged Africans in the Diaspora to invest their talent and resources in Africa to help rebuild the continent.

“The 'Year of Return' adopted by Ghana was a good initiative that would strengthen ties with the Africans in the Diaspora and also mark new beginnings that would trigger growth of Ghana and the continent as whole.

It's feels good to be back and it's more exciting to realise that the United States is paying more attention to Africa. Sometimes as an African-America you feel something is missing until you come back to Africa to find that missing puzzle and know your true history,” he said.

He, however, lauded the efforts of Hollywood star Boris Cudjoe who has played a crucial role in making the 'Year of Return' a great success.

He also advised Ghanaians to make a conscious effort in supporting and promoting artistes from the country to the rest of the world.