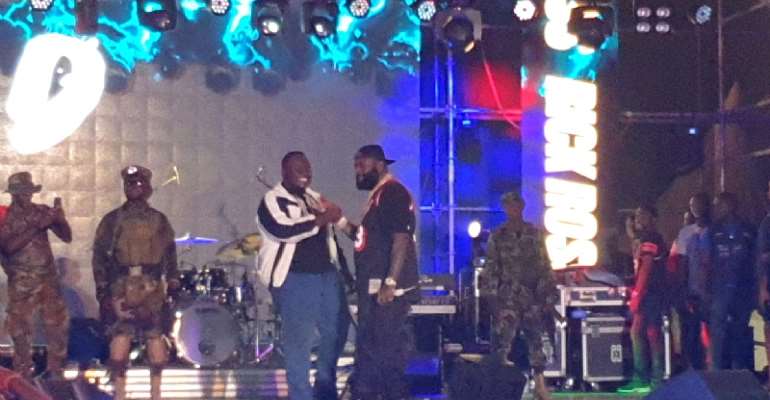 CJ Biggerman, the struggling underground Ghanaian act, who caught the eyes of Rick Ross says he is hoping for more collaboration with the US rapper.

He said in an interview that his fans should watch out for more features because 2020 is a year that will shoot him to fame.

CJ Biggerman was given an invite by Rick Ross to join him on stage to perform last Friday night at Detty Rave Concert.

Asked how that came about, he indicated how he mentioned the superstar name in his numerous singles which he believes caught the attention of Rick Ross.

Rick Ross during the stage performance at the fully packed concert urged Ghanaians to support the young rapper whom he described as a brother.

CJ Biggerman who has since been trending on social media expressed joy and gratitude to another musician Mr. Easy for making his dream of performing with Rick Ross come true after many years.

“I am so grateful to Mr. Eazi for making this happen for an upcoming artist like me. Bigger things are about to happen. Right now, Rick Ross is my brother, we chat a lot in my dm, so let’s see what will happen.”