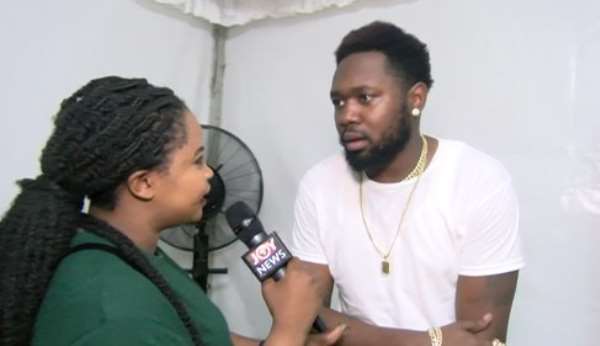 Jamaican born singer, Kemar Donaldson also known as Kranium, says marriage is the only thing that will force him give up his love for sex.

The reggae musician, who is known for his provocative musical lyrics and life style, was in Ghana to perform at the Detty Rave concert held at Spintex in Accra.

Speaking to host of ‘E with Becks’ on Joy Prime, Kranium said sex is the best thing on earth, hence the decision to stick to multiple partners until marriage.

Touching on his plans for the year 2020, the artiste said he was only interested in staying alive so he can bring out more music.

Kranium is known for his singles such as ‘Can’t Believe’ ft Wiz Kid and ‘Nobody Has to Know’.