Popular American journalist in Ghana for Year of Return 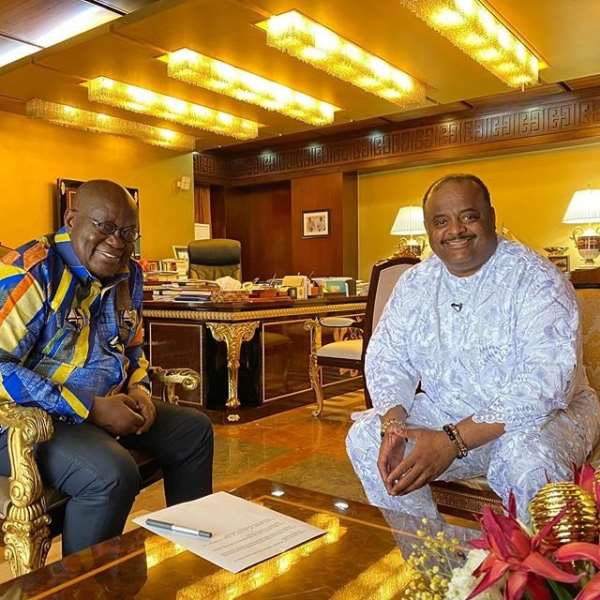 Popular Haitian-American journalist, Roland Martin, has joined his colleagues in making a trip to Ghana for the Year of Return.

Since his landing, Martin has toured many parts of the country including popular places in Greater Accra, Central and Ashanti Regions.

The former CNN contributor has been updating his Instagram followers about his travel to the country. 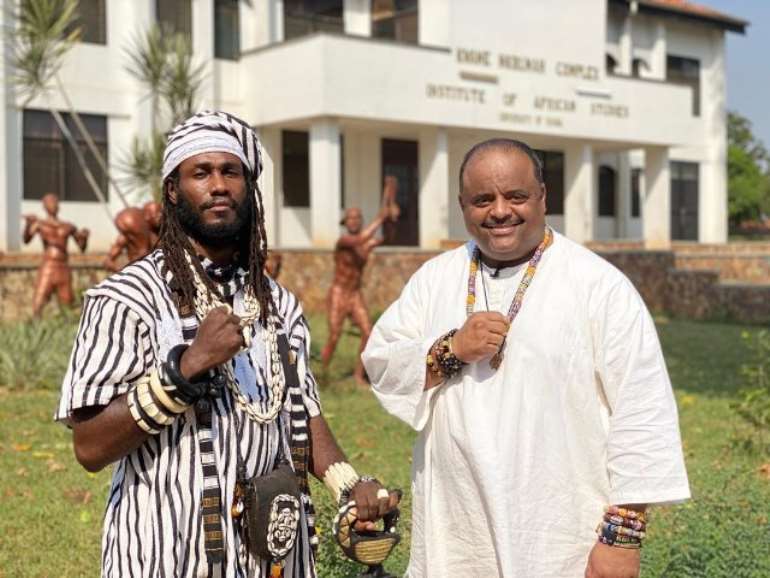 In one of his post he wrote, “Our first experience when we got to the Cape Coast castle last night was to tell our ancestors that we had arrived, we had libation poured at the foot of the sea. We prayed and they welcomed us! It was a very spiritual experience!!!”

Roland Martin also had the chance to hang out with some members of the diaspora who have settled permanently in Ghana. 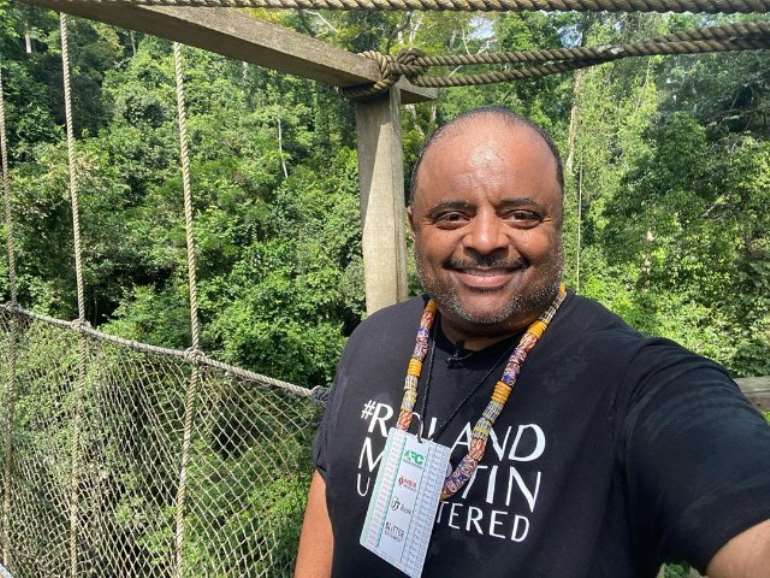 He toured the Kakum National Park in the Central Region after his tour at the Elmina Castle. He also went to the Komfo Anokye Teaching Hospital in Kumasi where the sword of one of Ashanti’s best fetish priest Komfo Anokye is sited. 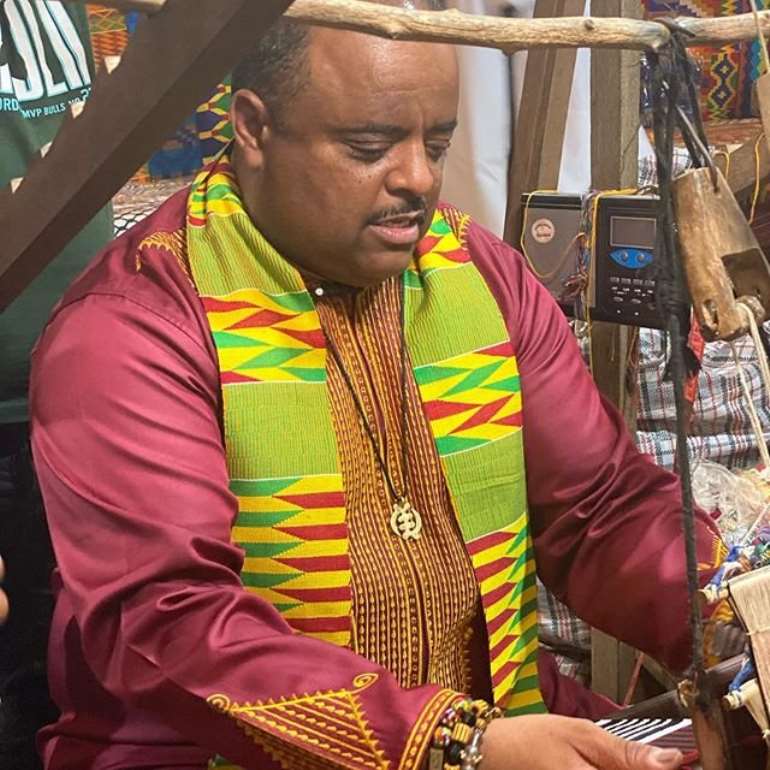 Kente weaving was something he tried his hands on while in Kumasi. 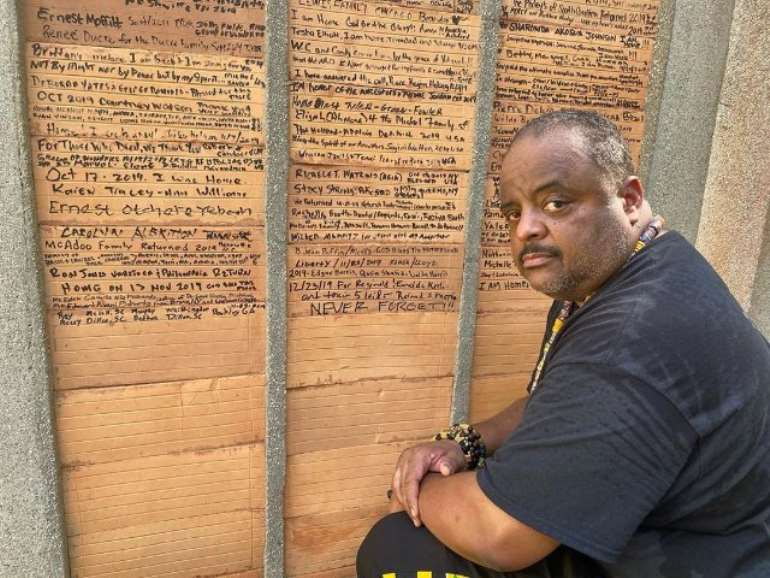 Roland Martin was also spotted sharing a laugh with President Akufo Addo at the launch of the ‘Beyond the Year of Return: The Birthright’ and had an interview with Emmy award-winning TV host, Michelle McKinney Hammond. 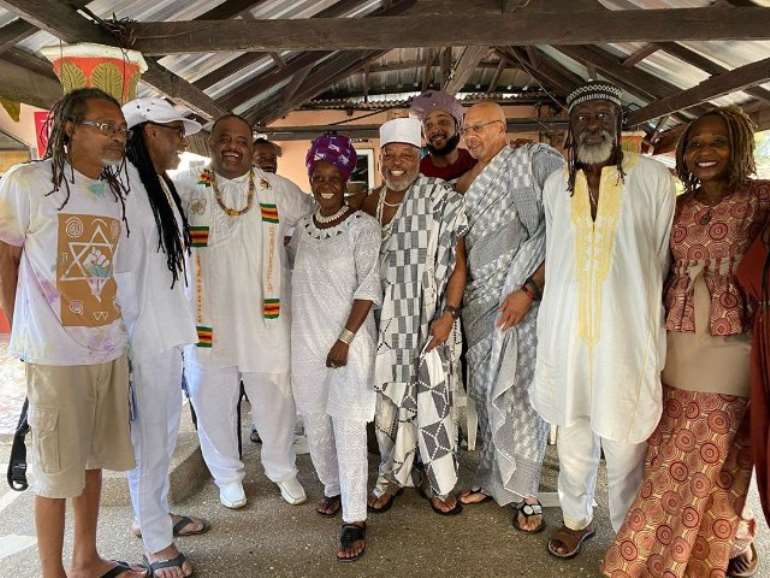 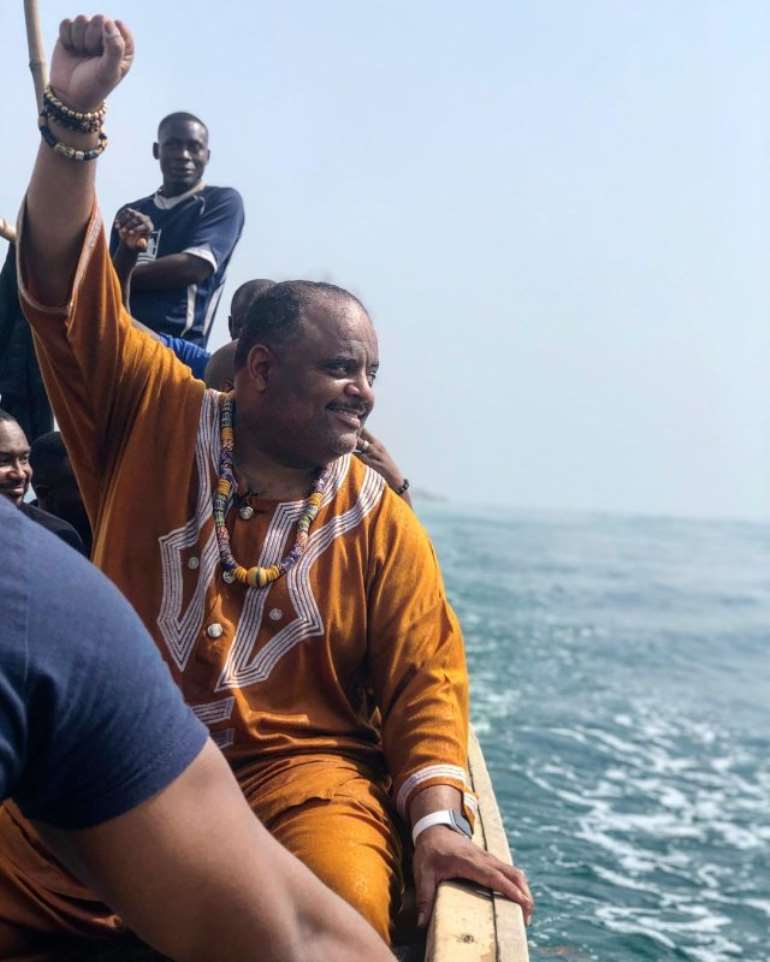