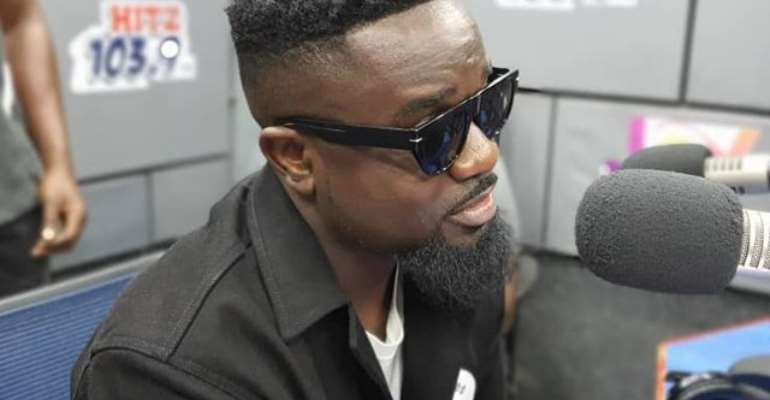 Rapper Sarkodie has debunked rumours that all is not well between himself and musician Akwaboah.

Speaking on Daybreak Hitz on Hitz FM, the artiste said although Akwaboah has left his label Sarkcess Music, they work perfectly together even though the contract is over.

His comment comes after news sites reported that the Akwaboah and Sarkodie were not as close as they used to be. The rumours increased when Akwaboah began posting his videos on his own YouTube channel instead of the Sarkcess Music Label's.

In an interview with Andy Dosty, in November, although, Akwaboah failed to disclose the details of his relationship with Sarkodie, he said they were working on their contract.

"Our relationship is super perfect and nothing will ever change it," Sarkodie told Andy Dosty, Tuesday.

The 'Lucky' hitmaker revealed that he prefers artistes, who have grown under his wing, stand on their own while having the freedom to do things their own way.

Sarkodie explained that he needs his former signees (Akwaboah and Strongman) as much as they need him.

"There are certain songs, even if I write, I just send it to Akwanoah, he will touch it up and change certain things. So, that relationship would never go because it's more musical than just business."

"We decided that Akwaboah does his stuff so that he can feel free to do whatever he wants. He doesn't have to wait on my timing or the labels to do what he wants," he added.

It’s beyond debate; Akufo-Addo has completely mismanaged Gha...
35 minutes ago

My morale is down – Angry Inspector reacts to mass promotion...
39 minutes ago