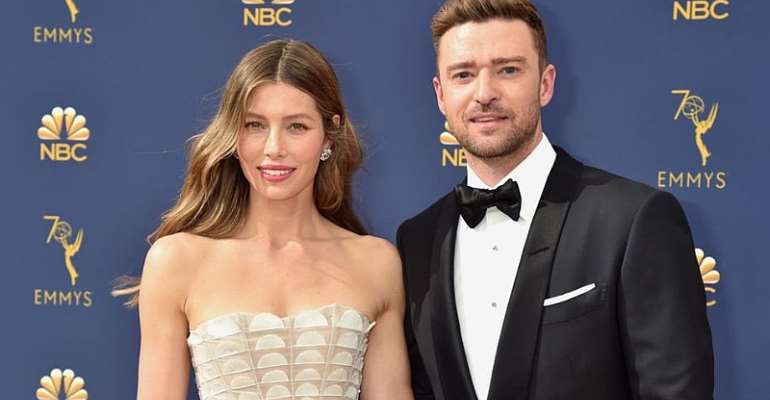 Justin Timberlake has apologised to wife Jessica Biel after he was pictured holding hands with a co-star Alisha Wainwright.

“A few weeks ago I displayed a strong lapse in judgement,” he wrote in an emotional Instagram post.

“I drank way too much that night and regret my behaviour. I should have known better.”

The 38-year-old said he wanted to make it clear that “nothing happened” between him and actor Alisha Wainwright.

He was snapped hand-in-hand with Alisha in November ‒ they were part of a group pictured drinking on a balcony in New Orleans. The pair were in the US city filming the upcoming movie 'Palmer' ‒ in which they play lovers.

“I stay away from gossip as much as I can, but for my family I feel it is important to address recent rumours that are hurting the people I love,” the singer and actor wrote.

“I drank way too much that night and regret my behaviour. I should have known better. This is not the example I want to set for my son.”

Justin Timberlake has been married to actress Jessica Biel, 37, since 2012, and they have a son Silas, four.

“I apologise to my amazing wife and family for putting them through such an embarrassing situation, and I am focused on being the best husband and father I can be,” he added.

Justin Timberlake has spent most of his life in the public eye ‒ first appearing on Disney’s Mickey Mouse Club as a child.

He later went on to join the group NSYNC ‒ and has dated Britney Spears and Cameron Diaz.

In interviews after splitting up with Britney, he revealed the song 'Cry Me A River' was written two hours after they broke up.

The singer and actor has released five studio albums and starred in more than 20 feature films, including 'Alpha Dogs', 'In Time' and 'The Social Network'.