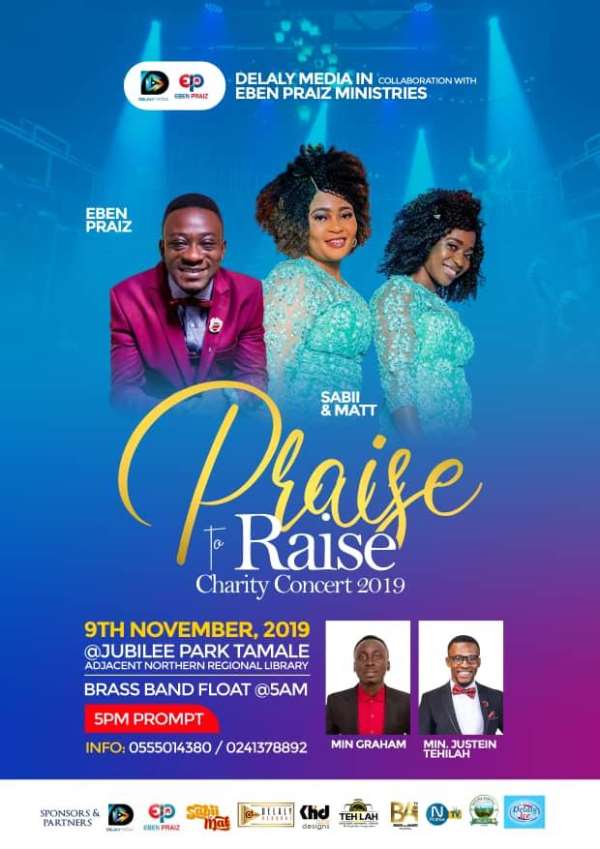 Enterprising Ghanaian music duo, Sabii and Matt have released a new song ‘Show Them Love’ ahead of their Praise Raise Charity Concert in Tamale.

The ‘Miracles Like Popcorn’ composers teamed up with Eben Praiz to churn out this lovely piece.

Sabii and Mat called on Ghanaians to care for orphans in the country like their children. Eben Praiz also added his voice by asking country folks not to be heartless towards these poor children.

The Charity Praise Raise Concert is expected to take place at the Jubilee Park in Tamale on November 9, 2019.

There will be a brass band float across the principal streets of Tamale starting from 5 AM before the main show will commence at 7 PM.

Patrons are expected to be entertained by the duo and Eben Praiz through power-packed praises and worship.

Supporting this event will be Minister Graham, Minister Justein Tehilah and others.

The organizers told www.newshuntermag.com that all proceeds from the event will be donated to the various orphanage homes in Tamale.

The 2019 Charity Praise Raise was put together by Delaly Media and Eben Praiz Ministries.