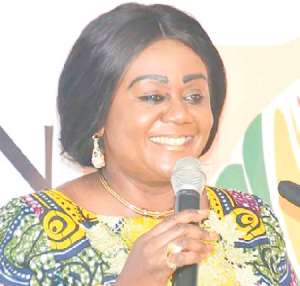 There was massive turnout for this year’s Aviation & Tourism Conference, which was held in Takoradi in the Western Region.

The conference was jointly organised by the Western Regional Coordinating Council and GH-Aviation under the theme: 'investing in the aviation and tourism sectors for sustainable socio-economic development'.

It was attended by stakeholders from the aviation and tourism sectors who turned out in their numbers to participate in the two-day conference addressed by more than 20 speakers with diverse expertise in the sectors.

The two-day conference had programmes such as panel discussions on knowledge sharing, experience and guidance on various ways to position the two critical sectors for national development.

The participants had the opportunity to visit the Monkey Sanctuary in the heart of Takoradi in order to catch a glimpse of monkeys jumping from tree to tree in broad day light. They also visited the Axim Beach Resort, where they had the feel of a serene atmosphere connecting the sandy beach and the sea breeze, among others.

The Western Regional Minister, Kwabena Okyere Darko-Mensah, who officially opened the conference, admonished players of the two sectors to collaborate effectively in carrying out programmes and projects capable of projecting the tourist sites in the Western Region and across the country.

The minister, who is also the Member of Parliament (MP) for the Takoradi Constituency, urged the participants to take advantage of the tourism potentials in the region and invest in specific sectors they deem suitable as business operators.

Mr. Darko-Mensah described the geographical position of the region as “appetising and inviting” enough to stimulate tourists and potential investors looking for suitable investment destinations.

He appealed to the participants to endeavour to visit interesting sites to learn, feel and enjoy the best from the Western Region.

The Chief Executive Officer (CEO) of GH-Aviation, organising partners of the event, Elizabeth Twumwaa Sasu, on her part, established the core objective behind the organisation of the event.

She explained that the annual Avia-Tour Conference, initiated last year, was to bring industry players from the two sectors together to brainstorm and share ideas as to how to work together and streamline activities in the country.

Mrs. Sasu further explained that tourism could be developed alongside the aviation industry in Ghana to create synergies and guarantee the required traffic that would assist in transforming the two sectors in the country.

She said an effective tourism and aviation sectors could expand the national economy of the country, create opportunities and ultimately make available jobs for the teeming unemployed youth of the country.