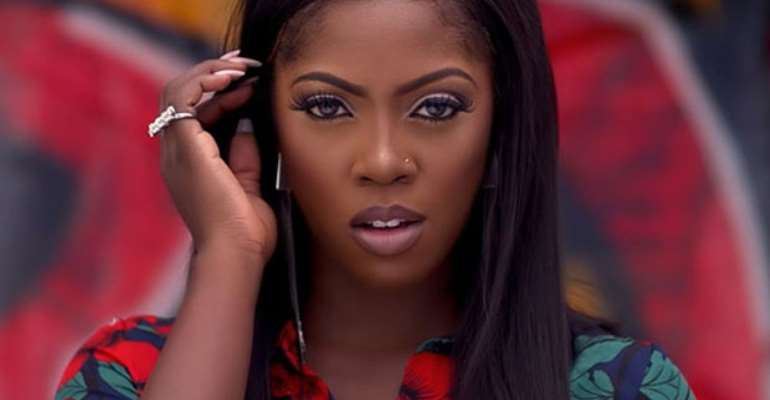 Nigerian singer has finally opened up on her much-talked-about relationship with fellow musician, Ayodeji Balogun aka Wizkid.

According to a report by Daily Post Nigeria, she said she is single and described her relationship with Wizkid as “friends with benefit.”

The 39-year-old 'All Over' crooner stated on Beat FM that although she is very much single, there is a certain “friends with benefits” kind of friendship between them.

When she was pressed to reveal if the friendship is such that they were having casual sex with no emotions attached, Tiwa Savage stated further that their friendship is beneficial in a way that they do shows and music together.

“We are friends, very good friends. There are few benefits; we do shows together, we do music together, we make money together,” she said.

There have been rumours of the two huge Nigerian music brands caught involved in an affair.

Wizkid's ex-girlfriend, Tania Omotayo, unfollowed Tiwa Savage on Instagram as a result of the rumours.

Also, there have been videos and pictures of them having a lunch date together.

When Tiwa made a surprise appearance on stage in Ghana with Wizkid at the 2018 edition of the Ghana Meets Naija concert in Accra, their followers became more curious than ever about their rumoured relationship.

Tiwa joined Wizkid to perform their hit song, 'Ma Lo', after he announced her on stage to fans as one of his surprises to his fans, although she was not billed for the show. Their actions got their followers and showbiz observers to speculate that they were dating. But in the words of Tiwa, they are just “friends.”