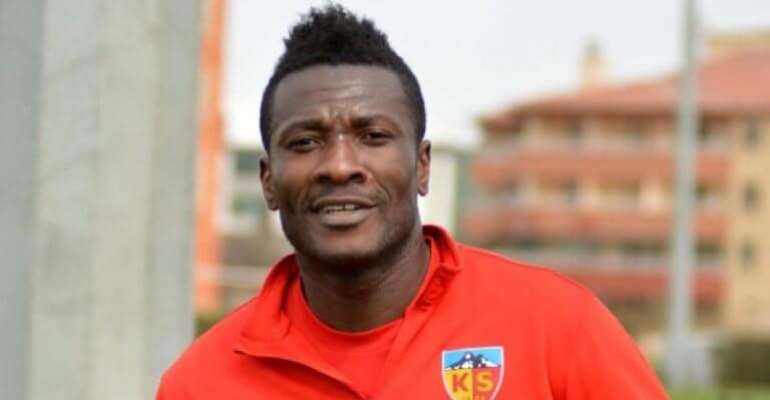 Ghana legend Asamoah Gyan has confirmed his move to India and signed for Super League side NorthEast United.

The 33-year-old is a former national team captain and has played in four FIFA World Cups, scoring six goals in the global showpiece event. The former Sunderland man is his country’s most-capped player. He has also finished twice as runners-up in the African Cup of Nations

Speaking on the signing, NorthEast United’s Executive Director, Priya Runchal said; “We are thrilled to have a player of Gyan’s caliber and experience join our squad. He has continuously delivered excellence at the highest of levels of world football and we are confident that he will add a lot of firepower on the pitch here.”

Asamoah Gyan, said, “I am extremely excited to start this new chapter in my career. I have heard great things about NorthEast United FC and the Indian Super League and I am thrilled to be a part of it for the upcoming season. I am confident that we can better the wonderful season the club had last year.”

Watch Asamoah Gyan talking about his latest signing below