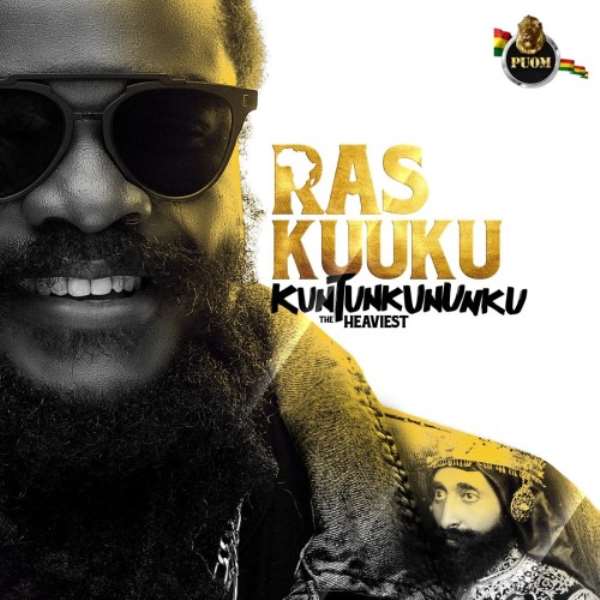 Ras Kuuku just pulled a big one on us with this ‘unannounced’ release with Stonebwoy!

The Puom Music frontline man recruited Stonebwoy on this touching and awakening song he titles “Poverty”. Makes it the second time Ras Kuuku has featured Stonebwoy on a song; he first featured him on the #Nwansina remix with Luta. But this would make it the very first promo single Ras Kuuku is dropping off his highly anticipated album, “Kuntunkununku”.

In the wake of recent unrests and skirmishes in South Africa against other nationals, this song comes across as the perfect message for Africans and the various political leaders.

“Kuntunkununku” he says will be the title of the album, which means “The Heaviest”.

Already, Samini has been mentioned as one of the major artistes featured on the album with several other features from Jamaica too (names withheld for now).

The ‘Kuntunkununku’ Album Ras Kuuku says is a 15-tracked collection of well brewed lyrics and melody in successive one drop rhythms.

Rumor has it that the album is due for a September 2019 release. So be on the look out for the next Ras Kuuku Album titled “Kuntunkununku”.

Ras Kuuku is a household name within the Ghanaian Music Industry with multiple nominations in Vodafone GHANA Music Awards and has won multiple awards under BASS Awards. He has shared stages with international acts Popcaan, Jah Vinci, Kranium, Alkaline, just to name a few.


Ras Kuuku has won for himself a lot of following with his fans called “Puom”, a monicker he has launched himself with when he registered his first monster hit “Father”, followed by successive major cuts “Show Them Love”, “Ye Taali Mu” (ft. Shatta Wale), “Nwansina”, “Wo”, just to list a few.