Keychange Collaborates With Oslo World 2019 And Beyond 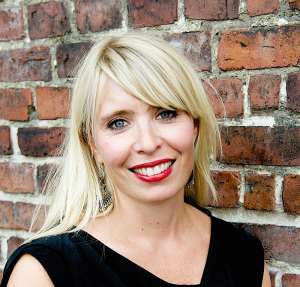 As New York City allocates $ 500,000 in grants to women in the music industry, here comes another music industry key change by Keychange in the direction of collaboration towards Oslo World 2019 and beyond.

While the five hundred thousand U.S dollars is a fund for Media, Music, and Theatre for female artists and music industry workers whose work reflects the voices and perspective of all who identify as women, Keychange is the other force which is seeking to include diverse kinds of humanity within the music industry.

Keychange, as a European partner network that works for a more equated music life, has therefore being given over 1.4 million Euros in support of the European Union's Creative Europe.

And this money, is to carry out further projects in the period from September 2019 to September 2023 as projected within their administration.

In that direction, Keychange is also launching its 11 main partners in their further work, of which one is the Oslo World Initiative's only Norwegian main partner. The Oslo World Festival will therefore play a major definitive role moving ahead.

Reiterating the importance and significance of the role of Oslo World Festival as an entertainment and cultural organisation that believes in equality, Alexander Archetti Stølen, manageress of Oslo World said: "Oslo World has since its inception in 1994 had a special focus on striving for good gender balance in the programming.

“And already in the spring of 2018, Oslo World, as the first Norwegian festival, was encouraged to become part of the Keychange -who works for 50/50 equality in the programming of close to 150 European festivals.

“Starting in 2019, Oslo World will be Keychange's main partner in Norway, which puts the festival in a strong position internationally in efforts to increase equality in cultural life in general, and the music field in particular.

“Beyond the work of Keychange, Oslo World plays an important role in influencing its partners to foster women's role and participation in cultural life.

“And we have seen good results, especially through the work we have done with our sister festival in the Middle East and participation in the European Festival Forum (Forum of Worldwide Music Festivals).

“The fact that the project is supported from the EU centrally gives the project a very important lift and international recognition.”

In concluding her remarks finally, Alexander Archetti Stølen added that: “ Now, work begins for increased balance in an industry that has historically been driven and led by men.”

Since its launch in September 2017, over more than 250 music organisations from around the world have signed Keychange's pledge to achieve 50/50 equality in terms of booking both the musical and professional program. As well as commissioning work within the year 2022.

In November 2018, Keychange, in collaboration with Key Festival Partners, presented an amendment to the European Parliament in Brussels, aiming to increase and maintain the representation of marginalised sex in the music industry.

The aim is to lead an inclusive debate and actions that promote under-represented sex in music and the potential creative and economic contribution these can make to Europe's music industry.

In a related narrative, Christina Schäfers, the head of Reeperbahn Festival programs in the field of art, poetry and film said; “The transformative power of Keychange is visible and growing talented and smart people.

“And organizations, with impressive networks, go together on the idea that diversity is culturally enriching and not least more successful, financially.

Being timely and specific to his assertions Christina Schäfers said: “ Over the next four years, we will focus on specific goals and initiatives to continue to create a better and more inclusive music industry.

“And since culture, has always inspired the necessary changes, we look forward to inspiring and being a part of the future of our society.”