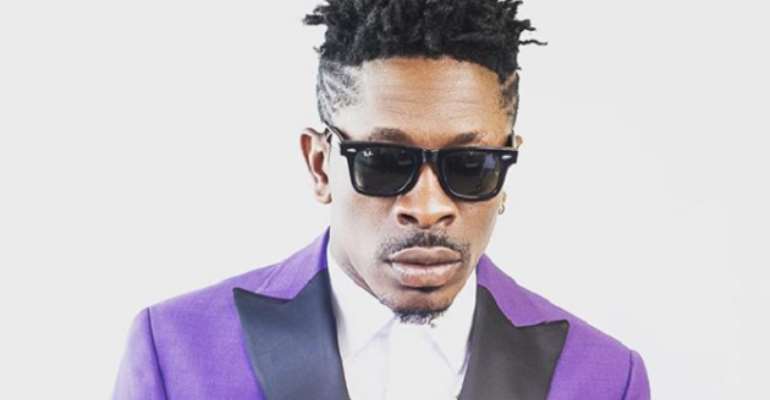 Boss of Shatta Movement, Shatta Wale, born Charles Nii Armah Mensah says his current stage name was given to him by God.

According to the artist, his decision to rebrand in 2013 was a result of his inability to make Showbiz headlines when he was then known as Bandana.

In an interview on Accra-based Joy FM, the ‘Gringo’ hit-maker said he heard the voice of God shortly after a prayer to change his name in order to bounce back in the industry.

“I felt this music wey I feel say you go be like Lil Wayne and Jay Z, the system no dey like that for here. You know the way Ghana music sometimes you have to hustle promoters to pay you and stuff so I was really struggling. So I woke up and just prayed to God. I said God I beg you if you will give me another chance for this thing because the way man dey suffer, you forgive me an idea,” he said.

Shatta disclosed that “All that I heard from God was, change your name. And I was like, but Bandana be cool o so I go fi change. And he was like, I changed peoples’ names in the Bible and so if you can also change your name, I believe I can push you up.”

He explained that the only name that came to mind was Wale which he had abbreviated from World Acclaimed Lyrical Entertainer.

“So I said what can I add to the Wale to make it strong, the only word that I could spell in my mind was Shatta. And Shatta in Jamaica is like real bad one. You know, somebody that people fear,” he intimated.