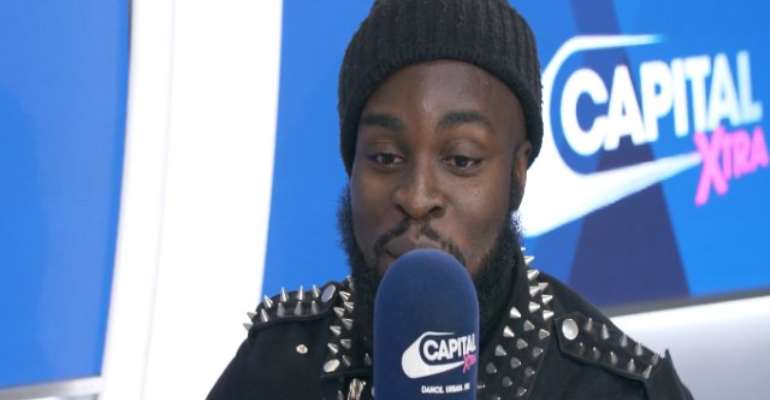 M.anifest says his new album will have a number of collabos

M.anifest chatting with the popular English DJ, Tim Westwood and according to the ‘Best Rapper’ and ‘Hip-Hop Song of the Year’ winner at the 2017 Ghana Music Awards, his EP will have seven tracks.

“That [EP] is done and ready to go, just putting some few touches on one or two tracks…it has Burna Boy, Worlasi and Simi on it..I am looking forward to working with more artistes in the UK as well,” he said.

M.anifest says the EP is just to put the vibes out there for his fans to savour before the real album drops.

He jokingly added that he has physically been training in the studio for the performances the new EP would come with.

He did not hide his appreciation of the talent of Kwesi Arthur whom he said, is “talented and I saw it quite early, big ups to him as he ‘speeds up’.”

“There are lots of pretty dope young creatives coming from Ghana who are smashing it and he is one of them...a leader of the packs,” he added.

Conscious music and being smart

One of the country’s best songwriters believes there is a way a person “can be cool and have things to say. People have the misconception that for things to be vibe, people need to be thoughtless.”

According to M.anifest, one of the amazing characteristics of Hip-hop is that people who have always been on top always have something to say including Biggie, 2Pac et al.

“I am proud to embrace that part of me because that is who I am as a person…I am curious in life, stories, people, talking about experiences, the things I have seen as well as stories that are not often told,” he said.

He said Africans coming out of the Hip-hop scene cannot be telling stories that are not African inspired and so, having something to say keeps him energised and feeling fresh.

He promised fans that the annual M.anifest Manifestivities are here to stay and they will always get an out of the world performances.

He invited all those abroad to come to Ghana during the Christmas festivities to have a time of their lives with the country’s amazing talents.

"You Were Not A Vice President When MoMo Was Introduced 11ye...
38 minutes ago