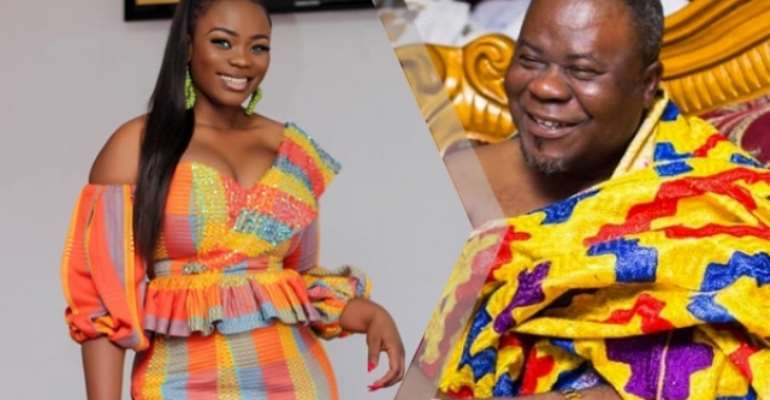 Former beauty queen, and wife of Ghanaian business mogul, Sally Amoakowaa, popularly called Akua, has revealed that there are challeges in polygamous marriages.

According to her, peace does not often reign in such marriages, thereby causing a strain in the relationship which can birth jealousy and envy.

Akua made these revelations in the recent episode of her Purple Room show.

Revealing why she decided to speak on such a sensitive topic, Akua said people especially young ones, have been flooding her inbox with questions asking if it was right for them to enter into polygamous marriages.

She stated that some wives may feel cheated and unable to speak out. The former beauty queen further revealed that there was often lack of equal love for all the wives, and this could result in chaos, regrets, and others.

“Same love is not shown, meanwhile, it is expected that a man must have the same amount of love for their wives,” Akua stressed. She, however, condemned the case of unequal love, saying it is a sin.

Akua was having this discussion with two pastors, one of them, Prophet Mesheck Abor, who is married to two wives was very supportive of polygamous marriage and backed his stance with scriptures from the bible which he interpreted.

The other pastor, however, rejected the idea of polygamous marriage, stating emphatically that God hates it.

He noted that God created just one woman for the first man Adam, and that is how he intended it to be. Meanwhile, Akua is pregnant with her third child for her millionaire husband.

She had often been criticised for claims that she married a man old enough to be her father. But she rebutted the claims and said that she married Dr Kweku Oteng out of love and his humility.

Akua already has two handsome boys with her husband. She ended her show by advising Ghanaians to make the best decision that would help them when it comes to choosing to life partners as it could make or break them.