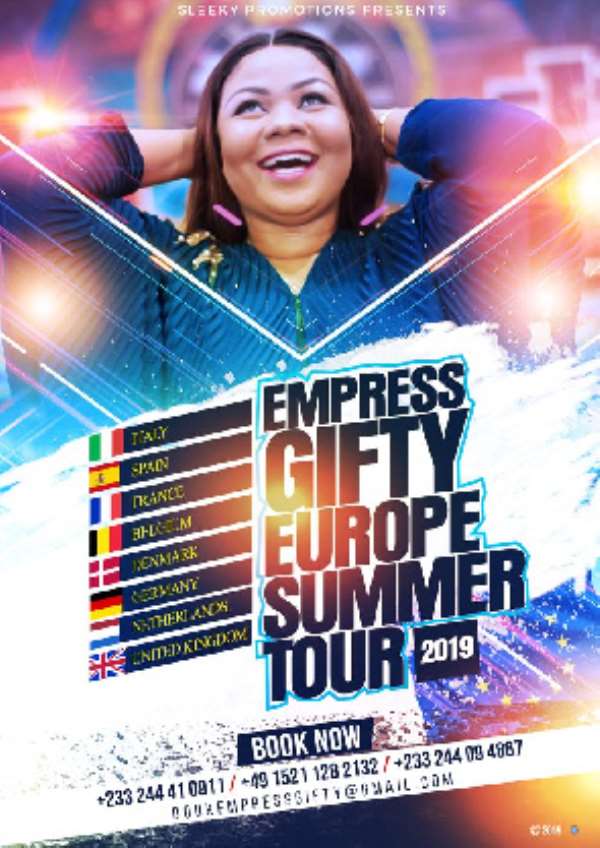 According to the Aseda hitmaker, she will be touring countries like Italy, Spain, France, Belgium, Denmark, Germany , Netherlands, the United Kingdom and among other Schengen states.

She has also won the best female musician of the year at the GN bank awards in 2015 and among other international nominations.