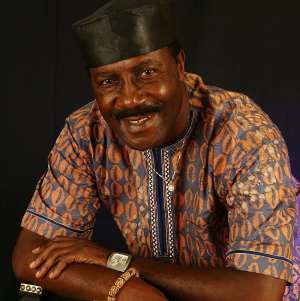 He made the revelation on Atinka TV’s Entertainment City Show during a discussion on highlife music and the way forward.

“Highlife beats, rhythm and back-up musicians make the genre and, therefore, if we are going to import some beats and sing some songs in Twi and term it a Highlife song, then we are spoiling our genre of music,” he added.