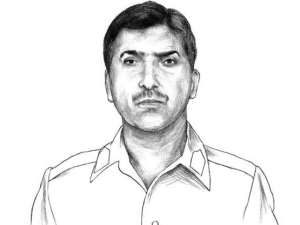 I am writing to voice my deep concern regarding an attempt by Lieutenant General Shuja Pasha, director general of ISI, to overthrow the legitimate democratically elected parliament and government.

I have learned that after the attack on Osama Bin Laden's hideout on May 2 by US armed forces in which he was killed a US businessman of Pakistan origin, Mr. Mansoor Ijaz, wrote a memo to Admiral Mike Mullen, the then Chairman of the US Joint Chiefs of Staff, requesting for US backing for a proposal to install a new, Washington-friendly civilian security team to assert tighter control over Pakistan's military, which has ruled the country for more than half of its history. The memo also offered to disband "S-Wing", (the ISI's political wing) which used to maintain relations with the Taliban movement fighting Nato troops in Afghanistan. Mr Ijaz says that Mr Haqqani, the then Ambassador, had asked him to send the memo to Admiral Mullen on the assurance that it had the approval of Mr Zardari, and has offered newspapers email and phone records to support his claims. His memo was not given any weight in the US or in Pakistan. He accused President Asif Zardari of colluding with the Ambassador in sending the memo through him.

According to the information I have received five months following the attack on Bin Laden's Abbottabad hideout, on October 10 he sent an op-ed in the Financial Times and disclosed that he has already sent such memo to Mike Mullen. It was very surprising that after five months of the written memo being sent to Mullen why it was suddenly reproduced in the Financial Times, to which the chief of the ISI, General Shuja Pasha, jumped quickly and went on his own, without taking permission from his boss, the prime minister of Pakistan, and conducted enquiries in London. He interviewed Mansoor Ijaz and it is also alleged that following intimidation and coercion Pasha took Ijaz' statement that President Zardari is also involved to whom he referred as the ''boss'' of the Ambassador. According to the affidavit submitted in the Supreme Court, General Pasha went to London to take statement with the permission of Chief of Army Staff and on his return reported to the same Chief.

In the whole practice of going to London, taking the statement of Mansoor Ijaz and submitting his report to the army chief he ignored the prime minister and his office, behaving very much himself as if he was superior to the civilian setup.

After returning from London General Pasha and General Kiyani, the Chief of the Army Staff, forced the civilian leadership to recall Ambassador Haqqani, and ask him to resign until the inquiry against him is completed. A meeting between the prime minister, Chief of the Army Staff and the ISI chief was held, in which ambassador Haqqani was questioned and the army top brass demanded his resignation which was tendered in the meeting. It was also decided that a parliamentary committee on national security would inquire into all the matters and suggest the prosecution of the responsible person.

The chief of ISI has also told the Supreme Court that what the US businessman reported was believable and the court can conduct an inquiry in the presence of Mansoor Ijaz's statements. But suddenly Ijaz issued a statement referring to a US intelligence source and accused the ISI chief General Pasha, that on May 7 just after the five days of the incident of killing of Bin Laden, he secretly visited Arab countries and asked the permission to overthrow the civilian government and such permission was given. But later on he denied that he knew about the matter. However, he has not denied the visit of General Shuja to Arab countries and the request for toppling the government. Still the US intelligence office has not denied that Shuja that he visited the Arab monarchy and requested assistance in toppling the civilian government nor has the general head quarters of the Army denied such.

I am shocked to realise that no action has been taken any action on this conspiracy which, if it had not come to light could have overthrown the government. General Pasha's actions are tantamount to High Treason under Article 6 of the Constitution which reads:

The prime minister also said that some elements were involved in conspiracies against his democratic government in order to prevent the holding of polls to the upper house of parliament next year.

Many ministers and leaders of the ruling party are also pointing out the conspiracy against civilian rule. The civil society and human rights activists are also demanding the resignation of and an inquiry against the ISI chief for hatching the conspiracy against the democracy. It is also demanded by the civil society and media that if Ambassador Haqqani was asked to resign on the statement of an American citizen then General Shuja should also be asked to resign and he should be tried by a parliamentary commission.

The representatives of the civil society including non-governmental organisations, labour organisations, academia, women's rights bodies, and media persons express deep concern over the current political situation in the country where a crisis is being manufactured on frivolous grounds, and is being referred as the so-called Memogate. This has the potential of subverting the democratically elected Parliament and the Constitution.

These same representatives say that it is time all conspirators against democracy and the sovereignty of the people be called to account. Sovereignty belongs to the people who have agreed to exercise it through their representatives in a federal, parliamentary, and a democratic system. Any attempt at arbitrarily altering this arrangement is tantamount to an attack on the sovereignty of the people. Various institutions of the state are supposed to function within their defined constitutional parameters and complement each other but they seem to be working at cross-purposes, to the determent of public interest.

I therefore urge you to prosecute the chief of the ISI, General Shuja Pasha for hatching the conspiracy against the parliament and civilian government. He should be asked to resign from his post and prosecuted for High Treason under article 6 of the Constitution. There should be an impartial enquiry in the allegations of the USA intelligence agency and Mansoor Ijaz. General Pasha and General Kiyani should be prosecuted for bypassing the prime minister, who is constitutionally in charge of the armed forces and who are running their own parallel governments.

Pakistan has a long history of military rule and the current parliament is the first democratically elected forum for assisting the government and all other institutions towards a society based on the rule of law. In order to secure a democratic system the military must be brought to heel. The entire purpose of their existence is to ensure the security of the people, not the other way around.

I am in close contact with experts , I urge you take all possible peaceful actions to avoid further violence and ensure the peace and democracy in Pakistan.

I also urge you to ensure that the people of Pakistan are ensured fundamental rights which are being denied by the deep state of lethargy that affects much of the civilian system.