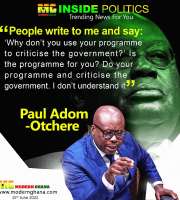 214 (1) The Armed Forces Council shall advise the President on matters of policy relating to defence and strategy including the role of the Armed Forces, military budgeting and finance, administration and the promotion of officers above the rank of Lieutenant-Colonel or its equivalent.
(2) The Armed Forces Council may, with the prior approval of the President, by constitutional instrument, make regulations for the performance of its function under this Constitution or any other law, and for the effective and efficient administration of the Armed Forces.
(3) Regulations made under clause (2) of this article shall include regulations in respect of -
(a) the control and administration of the services of the Armed Forces;
(b) the ranks of officers and men of each service, the members in each rank and the use of uniforms by the officers and men;
(c) the conditions of service including those relating to the enrolment, salaries, pensions, gratuities and other allowances of officers and men of each service and deductions from them;
(d) the authority and powers of command of officers and men of each service;
(e) the delegation to other persons of powers of commanding officers to try accused persons and the conditions subject to which delegations may be made; and
(f) the establishment of research and development units in each service. 215 The Armed Forces Council may, subject to such conditions as it may consider fit, delegate some of its functions under this Chapter by directions in writing to a committee or a member of the Council.