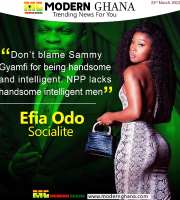 CHAPTER FOUR THE LAWS OF GHANA

Rule or Regulation by the votes of not less than two-thirds of all the members of Parliament.