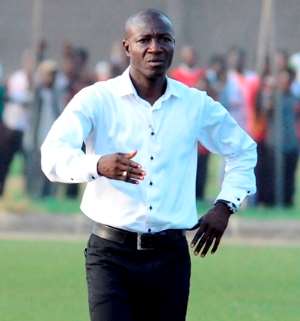 Since the country’s football governing body paved way for any interested person to apply for the top job, the former Asante Kotoko head coach has seen his name mentioned with many insisting that he is the right man for the job.

Immediate past GFA technical director, Francis Oti Akenteng in an interview revealed that coach Didi will do a very good job if he is appointed as his replacement.

In the last couple of weeks, Mas-Ud Didi Dramani was reported to be one of 6 candidates who were set for vetting by the Ghana FA before one will be given the job.

In an interview with Kumasi-based Silva FM, the former Black Maidens head coach has revealed that he didn’t even apply for the job. According to him, he wants to concentrate on FC Nordsjaelland for now as he continues to learn.

“I am still contracted to FC Nordsjaelland, the right time will come, I am in a learning process, and God’s time is the best”, coach Didi shared.

As reported by Modernghana Sports earlier, there are 3 indigenes and 3 expatriates being considered for the top job at the Ghana Football Association.