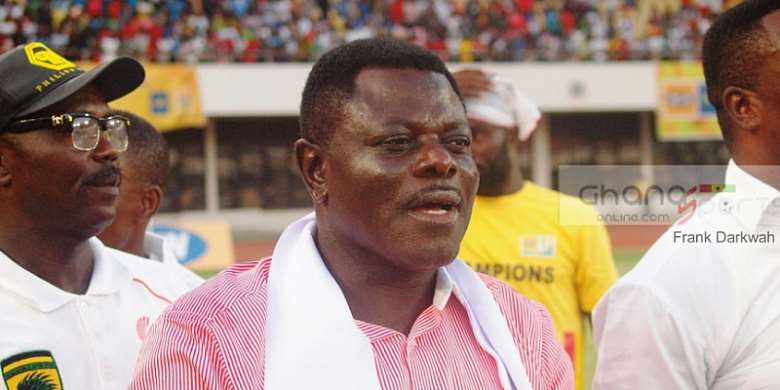 Dr Kwame Kyei, Executive Chairman of Asante Kotoko has finally to settle the $240,000 Esperance debt over the wrongful registration of striker, Emmanuel Clottey in 2015 have been settled.

The Ghana Premier League heavyweights have been slapped with $240,000 by FIFA, comprising $180,000 for the player’s transfer, $45,000 representing accrued interest and $15,000 for the failure to respect a FIFA decision.

Thus $30,000 was paid to the Tunisian side after reaching an agreement with them to write off the $45,000 accrued interest on the total figure.

The Porcupine Warriors have until May 17, 2020, to settle the debt or face a transfer ban on the national and international fronts.

Club Spokesperson, Kennedy Boakye-Ansah tells Kotoko Express App that both clubs have written to FIFA to officially inform it of the settlement.

“Dr Kwame Kyei has paid the amounts due Esperance and FIFA in the Emmanuel Clottey issue," he confirmed.

"The Executive Chairman also paid $15, 000 to FIFA. We are grateful to Dr. Kyei and also to Ashford Tetteh Oku of Close Marking Consult for the smooth closure of this case.”