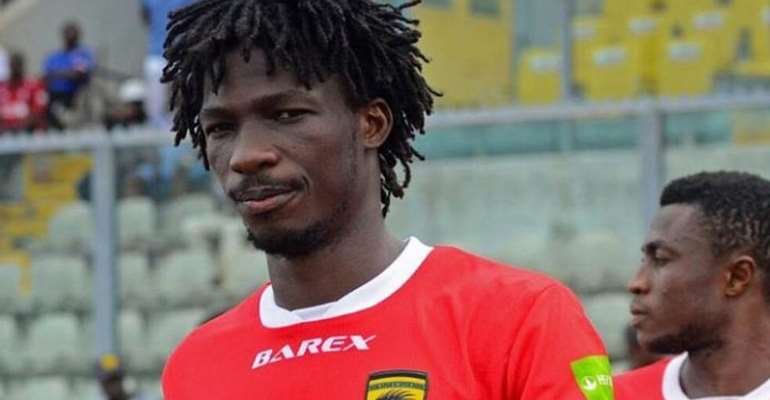 President of Medeama SC, Moses Armah dashed Songne Yacouba an amount of Ghc2000.00 for free despite failing to land a deal with the former Kotoko striker.

Mauves and Yellows were on the verge of sealing a deal with the 28-year-old striker on a free transfer after parting ways with the Porcupine Warriors to end his two years stay.

However, the deal fell through due to the high demands of the player.

As Modernghana.com reported on Friday, the Burkinabe forward and his camp were demanding $100.000 as a yearly salary.

The club met Yacouba and his representatives on Thursday and reached a mutual agreement for the deal to be finalized but the player made a u-turn on his financial entitlement.

However, Mr Parker failed to wrap up a deal with the striker who is clubless.

Despite failing to strike a deal with the striker, Yacouba was given a free Ghc2000.

The Porcupine Warriors refused to extend his contract as they also felt his financial demands were outrageous. Yacouba was demanding $150,000-a-year salary to stay at the club.

Yacouba is one of the highly-rated strikers in the local league having impressed greatly since joining Kotoko in 2018 from Mali’s Stade Malien.