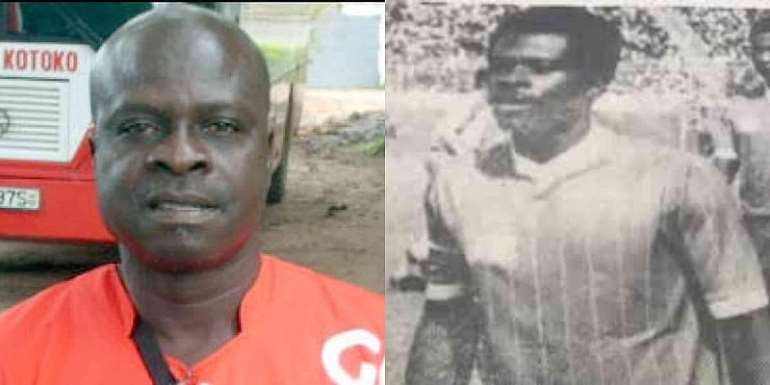 The Ministry of Youth, Sports, and Culture has through a statement sympathized with the families of Ghana football legends Opoku Afriyie and Kwesi Wusu who passed away in the last couple of days.

The death of Opoku Afriyie occurred in Kumasi on Sunday, March 29, 2020, while Kwesi Wusu joined his ancestors in the early hours of Monday, March 30, 2020.

In a statement from the Ministry of Sports, they have commiserated with the families of the great players.

“The nation and the football fraternity have lost a precious football gem. His memories will forever remain in our hearts. Our prayers and feelings are with the family in these difficult moments”, a part of the statement on Opoku Afriyie said.

Read the full statement from the Sports Ministry below.

PRESS STATEMENT
Ministry of Youth and Sports Commiserates with the Family of the late Opoku Afriyie and Kwasi Owusu.

The Ministry of Youth and Sports, on behalf of Government and the people of Ghana, especially the football fraternity, expresses its regret at the untimely demise of Opoku Afriyie, affectionately called Beyie in football circles because of his prolific ability to score goals.

His demise occurred yesterday, 29th March, 2020 at the age of 65. The late footbal icon contributed immensely in the development of football as a player, Coach and as an administrator. He dedicated his whole life to the sport and exhibited great sense of discipline, valour and sportsmanship both on and off the field of play.

The late Opoku Afriyie featured for the two most glamourous clubs in the country, Accra Hearts of Oak and Kumasi Asante Kotoko. He also played for the national football team, the Black Stars. He has paid his dues to the nation in the field of football in Ghana.

“The nation and the football fraternity have lost a precious football gem. His memories will forever remain in our hearts. Our prayers and feelings are with the family in these difficult moments.

In another related development, the 1970 Africa Cup of Nations star, Kwasi Owusu has also been confirmed dead at the age of 78. Kwasi Owusu, also known as 'Powerhouse', due to his soccer artistry was a former Bofoakwa Tano striker, who was Ghana's top scorer as they finished second at the 1970 AFCON in Sudan, and is on record to have been the only player to have scored four goals in a single game for the Black Stars, passed on in Sunyani a day after the passing of Opoku Afriyie.