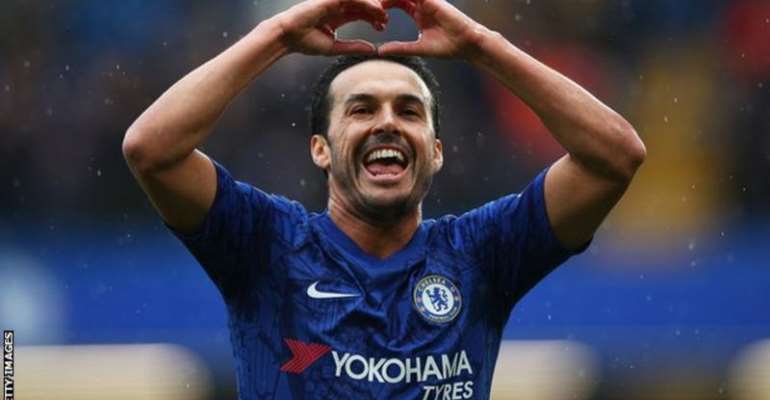 Players may need a short pre-season to readjust when the Premier League resumes after the coronavirus pandemic, says Chelsea forward Pedro.

Elite football in England has been suspended until at least 30 April because of the spread of Covid-19.

The Football Association (FA) has also agreed that the 2019-20 season can be "extended indefinitely".

"You can train hard at home but that's nothing compared to the rhythm at the highest level," said Pedro, 32.

Premier League clubs are due to meet on 3 April and it is expected the postponement will be extended again.

That could take it past the official end of the English Football League season and towards the last round of Premier League fixtures, which was supposed to be on 17 May.

Spain international Pedro told the Blues' club website: "We don't know what impact this suspension will have.

"A lot of clubs have now been apart for many days, so it's going to be difficult to get match fit.

"I imagine there would have to be a short pre-season and then we'd probably quickly get on to the remaining games to try to complete the season, but only if possible as there is a lot of talk that some leagues might be able to finish and others won't."