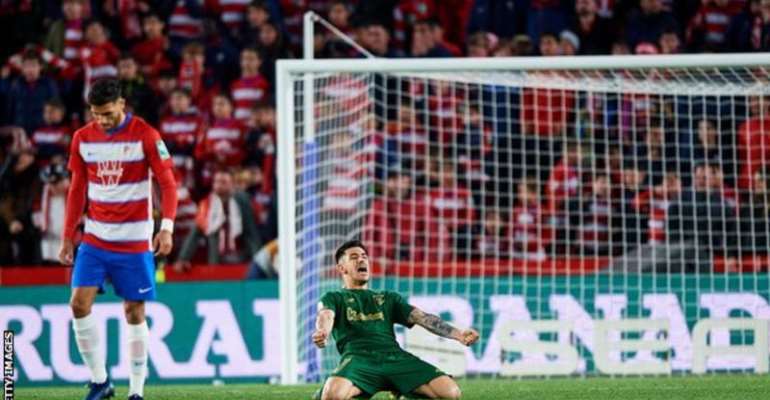 Athletic Bilbao will play Real Sociedad in the first all-Basque Copa del Rey final since 1927 after edging past Granada on away goals.

Athletic lost 2-1 in the second leg, but went through courtesy of Yuri Berchiche's 81st-minute goal, having won the first-leg 1-0 in Bilbao.

On Wednesday, Real Sociedad reached the final with a 1-0 win over second-tier side Mirandes for a 3-1 aggregate win.

"It's going to be historic for the Basque country," said Berchiche.

The final is at Seville's Estadio de La Cartuja on 18 April.

Real Sociedad beat 19-time winners Real Madrid in the quarter-final, while Bilbao overcame 30-time winners Barcelona at the same stage of the competition.

As Copa del Rey finalists, the Basque rivals have qualified for the 2021 Spanish Super Cup, which will be held in Saudi Arabia and will also feature the winners and runners-up of La Liga this season, positions currently occupied by Real Madrid and Barcelona.