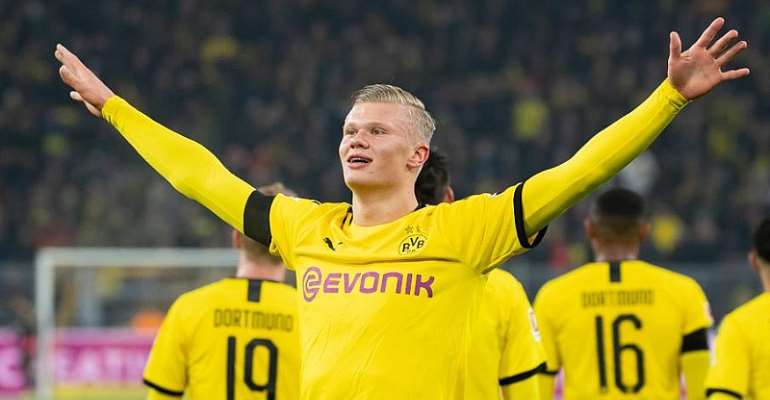 HAALAND RECORD
Netting twice in their 5-1 victory over Cologne, Borussia Dortmund forward Erling Haaland took his tally to five goals in two games in the best Bundesliga start by a new player.

The Norwegian also set a record for scoring his five goals in a total playing time of just 56 minutes, with the previous record of 72 minutes set by Paco Alcacer, the Dortmund striker widely seen to be on his way out of the club.

"Five goals in two games. Erling cannot be stopped," said a beaming Dortmund coach Lucien Favre. "He constantly wants to train, to play. He is extremely committed. It is fantastic for a coach to have a player like that."

BAYERN RUN
Champions Bayern Munich equalled the best start to a year (VfB Stuttgart 1991) with two wins and a 9-0 goal record following their 5-0 demolition of Schalke 04.

"That's the team spirit I like," said interim coach Hansi Flick after five different players hit the target. "We have the quality to become champions."

WERDER WOES
Former champions Werder Bremen are now deep in relegation trouble after their 3-0 home loss to Hoffenheim sent the northern club into the relegation playoff spot, two points off the bottom.

Coach Florian Kohfeldt, hailed as Werder's saviour last season, must now find a way out of the crisis, despite injuries to half a dozen starters.

"We do not have the rhythm this season and maybe not the individual quality to win four, five games in a row. We just have to admit that to ourselves."

But he sounded confident his team would stay up.
"We will celebrate big in the end. This is a season where a lot has gone against us, both from outside and internally," he added.