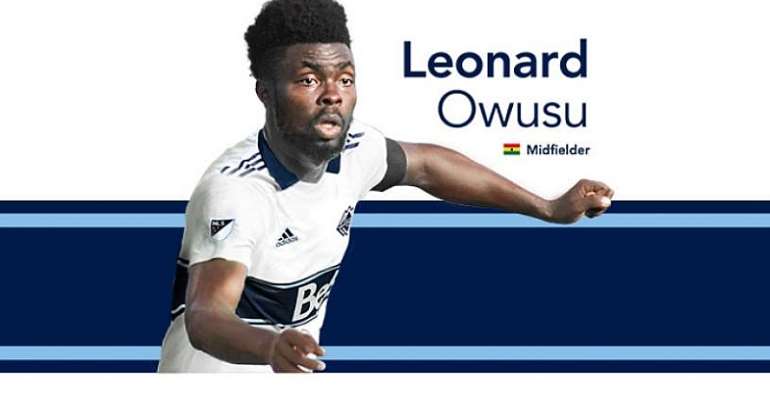 The Canadian professional soccer team that competes in the Western Conference of the MLS has been in the market in recent weeks to bring in players to reinforce their squad for the new season.

After successful talks with former Dreams FC captain Leonard Owusu, they have signed him on a three-year contract with an option to ink an extension of one year if he manages to live up to expectation.

The 22-year-old midfielder has joined the club from Israeli Premier League side FC Ashdod. During his time in Israel, he made 46 league appearances and established himself as one of the key players of his team.

Speaking after the signing of the player was completed, sporting director for Whitecaps, Axel Schuster shared that the clubs is looking forward to working with their new man.

“Leonard is focused on improving and moving forward in his career step-by-step”, he said.

He added, “He is from a very good academy in Ghana, performed well playing aboard in Israel, and now is the right time for him to take on a new challenge in Vancouver. His characteristics - strong, powerful, dynamic - fit the profile we look for in his position. We are looking forward to having Leonard join our group”.

Leonard Owusu can be remembered for the time he captained Dreams FC to win the 2018 GHALCA G8 Tournament. In a tournament where he hugely impressed, he was subsequently named the MVP.