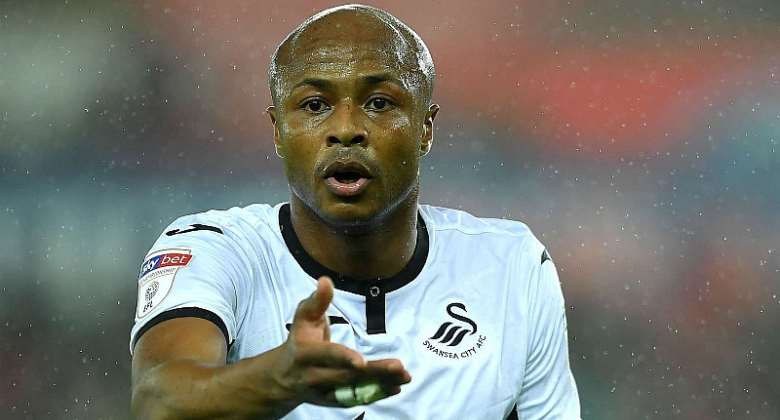 Ghana forward, Andre Ayew was in action as he aided Swansea City to climb back to the Championship playoff position.

The Swans defeated Charlton Athletic by a lone goal at the Liberty Stadium on Thursday night.

The 30-year-old has featured in all but two of the Swans games this season, only failing to complete the entire 90 minutes on five occasions.

Thursday’s encounter with the Addicks was not an exception.

Steve Cooper’s men had been on a shaky patch recently, claiming just two wins from the last seven league matches, which put them out of the playoff spots. Yan Dhanda’s 14th-minute strike however restored some pride.

Ayew still managed to have one shot on target in this match, two successful dribbles from six, 70 touches and 41 accurate passes (75%).

Swansea City will be hosted by QPR on Sunday.