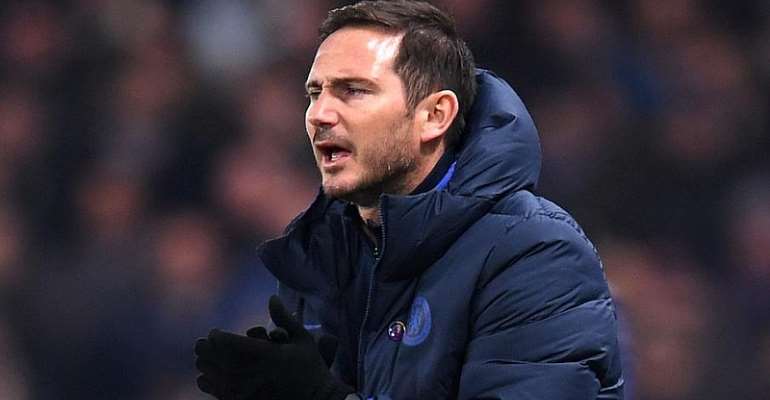 The fighting spirit Chelsea showed in Sunday's victory over Arsenal is exactly what manager Frank Lampard wants from his young side, but the Englishman says the team will only push on if they can consistently replicate that aggression.

Chelsea's 2-1 come-from-behind win at their London rivals kept them fourth in the table despite their struggles against the Premier League's lesser lights in recent weeks.

Lampard's men lost to West Ham United, Everton and Bournemouth before outclassing Jose Mourinho's Tottenham Hotspur, then were beaten by struggling Southampton before their stunning late comeback against Arsenal.

"It was everything I wanted," Lampard told reporters. "We've been rightly questioned recently. Everton away being a good one... we were quiet after that game in the dressing room. I didn't like it."

Chelsea's players were involved in heated discussions in the tunnel at the Emirates Stadium after going a goal down before halftime and Lampard said a frank dressing room exchange during the break was the catalyst for their comeback.

"I don't want 11 quiet players who get on with it and trot out again," he added. "I said my piece and it was pretty firm ... Then the lads started talking. It was aggressive, which was a good thing."

The 41-year-old stopped short of describing the performance as a turning point and said marrying character with style was the next step in Chelsea's development.

"Last week we won at Tottenham by playing really good football from beginning to end," he added. "(At Arsenal) we won by showing some fighting spirit. If we can put them together we'll have a chance."

Chelsea's next match is against 14th-placed Brighton and Hove Albion on New Year's Day.