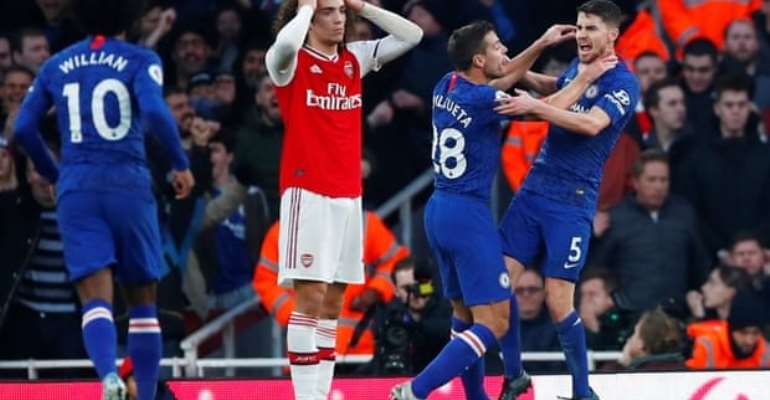 Arsenal, who lost Chambers to injury in the first half, will start 2020 11 points behind fourth-placed Chelsea and without a Premier League home win since 6 October.