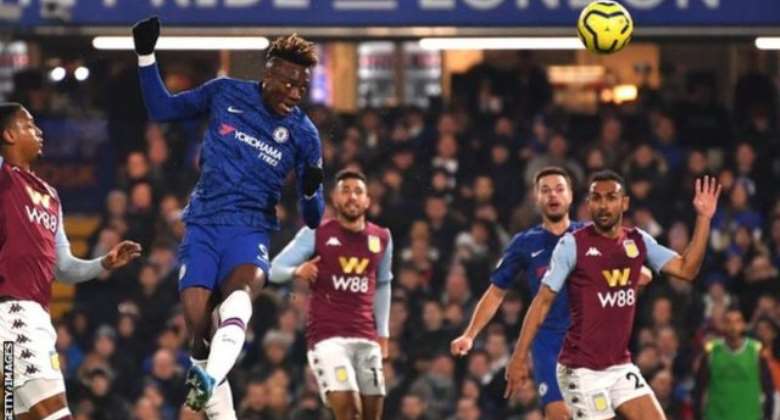 Tammy Abraham reinforced his importance to Chelsea by scoring the opener and setting up the second on his return from injury as the Blues returned to winning ways against Aston Villa.

Abraham missed the Blues' home defeat by West Ham with a hip injury and put them ahead against Villa with a firm header from Reece James' cross.

After Villa equalised against the run of play when Trezeguet bundled in, Chelsea regained the lead shortly after the restart when Abraham neatly chested Willian's cross into the path of Mason Mount who thumped in a volley.

Chelsea, like they did in the first half before Trezeguet's leveller, dominated possession and territory as they looked to increase their advantage.

Abraham twice came close to adding a third against the club he helped fire to promotion last season, while Willian - one of Chelsea's other star performers - hit the post with an exquisite free-kick.

The Blues ended a run of back-to-back defeats with a victory which helps them consolidate fourth place, moving them six points clear of nearest rivals Wolves, while narrowing the gap on third-placed Manchester City to three points.

Villa, who have won just once on the road this season, remain in 15th place, a point above the relegation zone after Southampton's win.