Asamoah Gyan Excited With His First Goal In Indian League 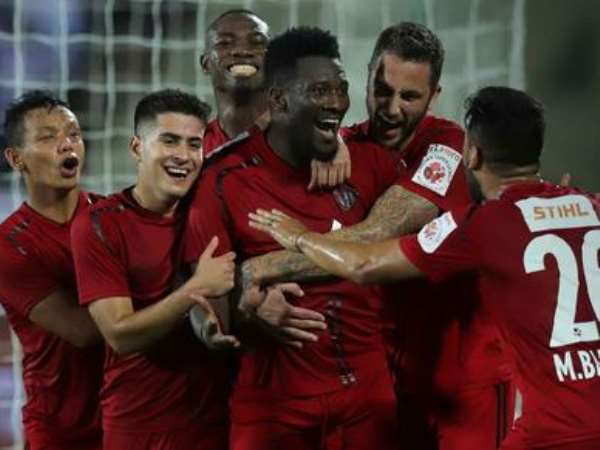 Black Stars general captain, Asamoah Gyan has expressed his excitement after scoring his first goal for NorthEast United FC on Saturday in their Indian Super League clash with Odisha FC.

The 33-year-old headed home a corner late in the game to seal the victory for NorthEast United in their second match of the season.

They had drawn with Bengaluru FC on the opening day of the season and thus, the victory gave them four points from a possible six.

After the match, the former Sunderland striker spoke of his happiness at opening his scoring account in the Indian Super League.

“I would like the fans for coming to watch us play today and I appreciate them.

"They were great. I promised them that today’s game would be after we drew in the first game. I am happy to have scored the winning goal but it was not all me on the pitch.

"My teammates also played their part and they fought. We worked hard in training and it paid off on the pitch. We now are going to focus on the next game.”

Gyan and his teammates will face Goa in the next round of the Indian Super League on Friday, November 1, 2019.