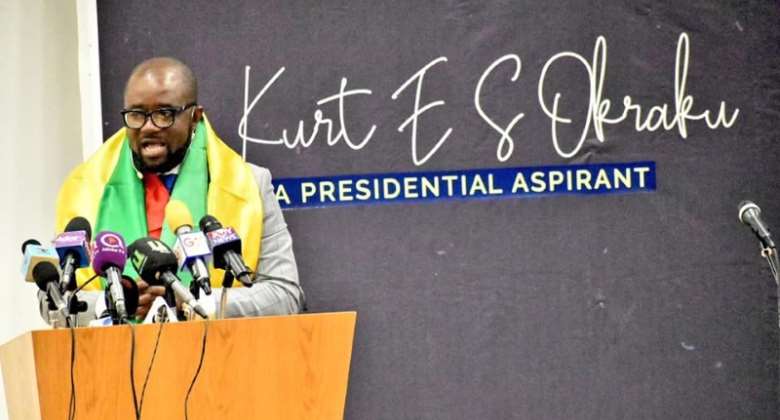 The wait for the election period to elect new executives, as well as the new leader for the football governing body, is finally over as the Regional elections start tomorrow, October 18, 2019.

A week later, the presidential election will also take place with a total of 6 candidates vying for the vacant set left by Lawyer Kwesi Nyantakyi who led the previous administration until the airing of the Number 12 video by Anas Aremeyaw Anas.

Ahead of the presidential election, Prophet Kwaku Mensah Otabil says God has revealed to him that Kurt Okraku will be the winner and will eventually become the next president of the GFA.

Speaking in an interview with Kumasi-based Ashh FM, the Prophet shared, “In the spiritual realm, God has revealed to me that Kurt Edwin Simon Okraku will win the GFA Presidential elections on 25th October 2019. George Afriyie was second with the other Aspirants following him”.

He added, “I will stop doing the work of God if Kurt Edwin Simon Okraku doesn't win the GFA Presidential elections.

“Those talking will weep after the elections because as it stands now, Kurt Okraku is leading the race in the spiritual realm and it will come to reality.

“I know George Afriyie personally but I don't know Kurt Okraku or any other candidate vying for the GFA Presidential seat but that is what God has revealed to me.

“I will feel very disappointed and betrayed by God and close down my church if this revelation fail”.

Besides Kurt Okraku and George Afriyie, the likes of Lawyer Amanda Clinton, Nana Yaw Amponsah, Fred Pappoe, and Lawyer George Ankomah Mensah are all contesting for the GFA presidential seat.