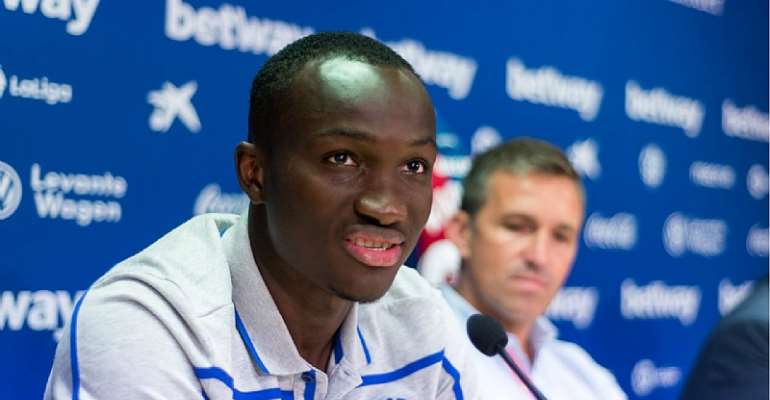 Spanish side, Real Zaragoza has issued an official statement about the health problem suffered by Ghana striker, Raphael Dwamena.

The Levante loanee has been advised by specialist doctors to abandon the practice of football immediately.

However, as a result of the information that arose in the last hours to know more about the player's real situation, the Aragonese club wanted to ask for "respect" and "privacy" for the soccer player.

Below is the full statement by Real Zaragoza.

"Real Zaragoza wants to convey a deep thanks to all those fans, journalists, media ... who have shown their great respect for Raphael Dwamena after the announcement of that personal health problem that exceeds the professional and sports field. But, at the same time and with the same depth, the Club regrets the lack of sensitivity and personal consideration of those who have not understood the limits of intimacy, which forge the deep sense of respect for people.

"Real Zaragoza, faithful to its obligation to make public the issues of general interest that refer to the Club, has issued a statement providing clear and concise information about Raphael Dwamena's health problems. But it is also the obligation of the Club to demand maximum respect for the person, their privacy and attention to elementary rights.

"Above all, Real Zaragoza, in a feeling undoubtedly shared by all the zaragocismo, relies on a total recovery of the health of Raphael Dwamena."

In 2016, the enterprising forward was billed to join Premier League side, Brighton and Hove Albion but the deal hit the snag after a medical report revealed that the 25-year-old has a heart problem.