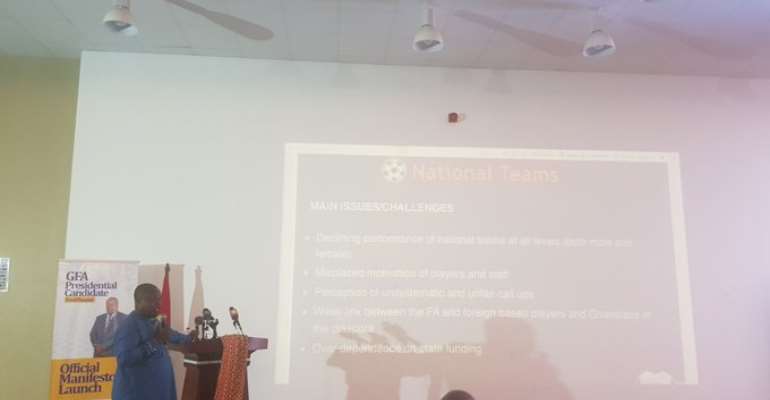 Former Ghana Football Association (GFA) vice president, Fred Pappoe has finally launched his manifesto to unveil what he has installed for the football community once he is given the nod to become the president.

The Board member of Accra Great Olympics filed his nominations to declare his intention of contesting for the upcoming presidential elections last month and successfully went through vetting by a five-member committee set up by the Normalization Committee.

He has now launched his manifesto in a bid to convince electorates to vote for him during the election which has been slated for later this month. He gathered various stakeholders at the AMA office Complex in Accra earlier today to reiterate his plans to revive the sport in the country.

The former vice president of the GFA has stressed that he will ensure the Ghana Premier League becomes a globally recognized brand when he wins the upcoming elections.

In addition to that, he shared his intentions to improve refereeing, women’s football, among many other things.

Fred Pappoe is expected to go head to head with the likes of George Afriyie, Kurt Okraku, Lawyer Amanda Clinton, Nana Yaw Amponsah, and Lawyer George Ankomah Mensah when the football community go to the polls on October 25.