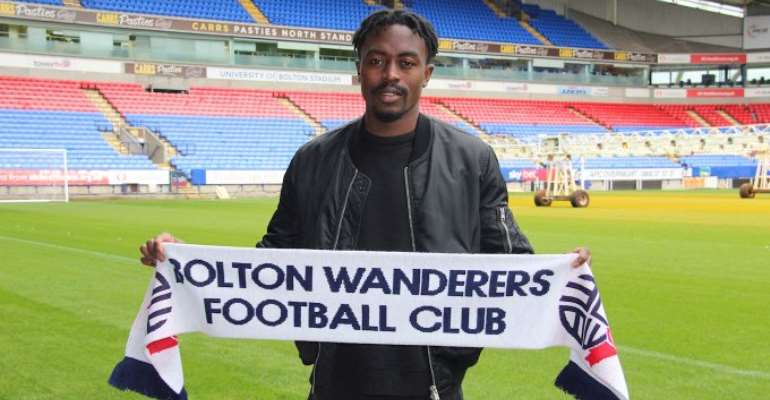 Ghana striker, Joseph Dodoo has joined Bolton Wanderers on a deal until the end of the 19/20 season, subject to clearance.

The 24-year-old was released by Scottish giants, Rangers after his contract expired.

"I am extremely happy to have signed with Bolton Wanderers," he told the official club website.

"I have worked with David Flitcroft before and having left Rangers, I wanted to link back up with him to get some guidance, get game time and play for this big club.

"Flicker (David Flitcroft) and the manager are building something special here and I want to be a part of the rebuilding process and get this club back to where it needs to be," he added.

The 24-year-old started his career as a trainee with Leicester City before moving to Rangers in July of 2016.

He went on to have short loan spells with Charlton and most recently spent last season on loan at Blackpool.